The second phase of World of Warcraft: Dragonflight’s pre-patch is right around the corner, and Blizzard has now revealed the official patch notes ahead of the update’s arrival on November 15.

As previously announced, phase two of the pre-patch update will introduce Dracthyr Evokers, the game’s new race (that is also a class). Players will be able to play through the Dracthyr starter zone so that they are ready to dive into Dragonflight proper come launch day on November 28.

The patch will also include a revamped version of a classic WoW dungeon, Uldaman, alongside a new Primal Storms event that tasks players with completing quests and world events as they look to fend off attacks from the Primalists and their elementals.

Though the previous pre-patch update introduced the new talent tree revamp and user interface changes, the phase two update will further refine both. Icons for some class talents will be changed to prevent confusion and duplicate icons within a talent tree, and numerous balance changes and bug fixes are slated to come to the game’s various classes both in PvE and PvP. Mousing over a talent will highlight where it is on a player’s action bar come the update, and in general, talents should be a little more readable.

On the UI front, players will be happy to know that the silver dragon portrait for rare elite mobs is making a comeback after being removed last update, as is the ability to track profession trainers using the minimap’s filter options.

One major feature being removed with phase two of the Dragonflight pre-patch is the Threads of Fate leveling option from the game’s Shadowlands expansion. The feature was added part way through Shadowlands as a means of providing players more freedom when it came to leveling up alternate characters during the expansion without having to play through the linear storyline of Shadowlands multiple times.

As Blizzard states in the patch notes, with the level cap for Chromie Time (the system Blizzard uses to allow players to choose which past expansions they want to play through as part of their leveling journey) being raised to 60, players will have more options when it comes to leveling, making Threads of Fate less important. Keeping Threads of Fate would mean making Chromie Time far more complicated, as Threads of Fate effectively makes it so that there are two different ways to experience Shadowlands instead of one.

Though characters who already started leveling with the Threads of Fate system will still have access to it, it will no longer be available for all characters come November 15. Blizzard makes clear, however, that it does not have plans to remove a system similar to Threads of Fate, called Adventure Mode, coming in Dragonflight.

The full patch notes for phase two of the Dragonflight pre-patch are below.

Players will menace their foes (or empower their allies) as the new dracthyr Evoker, World of Warcraft’s first-ever race and class combination. Able to switch between a humanoid visage and a fearsome draconic form, the dracthyr are highly mobile, and their unique Evoker class can specialize in ranged damage-dealing or in aiding their allies as a healer by harnessing the mystical gifts of dragonkind. They’ll awake from their slumber in the Forbidden Reach, where they’ll take up their training to join the forces of dragonkind in the defense of the isles. [LEARN MORE]

Journey through the Forbidden Reach as a dracthyr Evoker and dive into the mysteries of the past as enemies and potential allies, new and old, are drawn to this place of ancient power. [LEARN MORE]

Ward off attacks from the Primalists with new quests and world events, setting the stage for Dragonflight’s launch.

Uldaman is an ancient titan facility where, long ago, allies of the heroic Keeper Tyr hid the Discs of Norgannon.

After returning to the Dragon Isles, Queen Alexstrasza learned of another disc locked away within Uldaman… one that holds the memories of Tyr himself. Believing this knowledge is needed to restore the power of the Aspects, Alexstrasza has asked her mortal allies to brave the perils of Uldaman and recover Tyr’s memories to secure the future of dragonkind. [LEARN MORE] 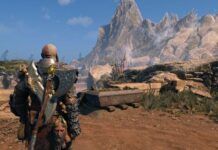 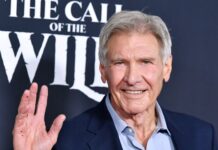 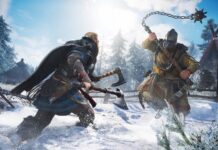 Harrison Ford is getting de-aged for Indiana Jones 5, but he...