So cool. Which version will you get? FIFA 20 launches for PS4, Xbox One, and PC on September 27. Legacy editions will come to Switch and older consoles, with updated kits and squads but lacking any substantial changes. The PS4, Xbox One, and PC standard editions come with three rare gold packs for FUT, while the Champions edition comes with 12 and will be released three days earlier, on September 24. The Ultimate edition also unlocks that day but comes with 24 rare gold packs as well as a guaranteed untradeable FUT Ones to Watch card. The price for the game could be obtained via Gaming Guardian’s Facebook page.

EA’s search for a new cover star has seemingly been a tricky one. Last year, Cristiano Ronaldo was all over FIFA 19‘s marketing material, but the Portuguese forward was later accused of rape, with EA stating at the time it was “closely monitoring the situation.” The charges have since been dropped, but Ronaldo’s move to Juventus–who are no longer licensed in FIFA–apparently scuppered any lingering chances of him remaining on the series’ cover.

Halfway through last season, EA replaced the FIFA 19 cover featuring Ronaldo with one focusing on Kevin De Bruyne, Paolo Dybala, and Neymar. This time around Dybala was a no-go due to his ongoing employment at Juventus, while Neymar was also accused of rape. Those charges have been dropped because of a lack of evidence, pending a final review.

For more on this year’s game, check out all the new features in FIFA 20 Pro Clubs.

Secure your copy today by messaging us on our Facebook page. 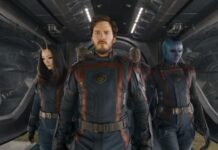 Blaseball Returns In January With An iOS And Android App