Call of Duty: Warzone 2.0 launches on November 16 with the start of Modern Warfare 2: Season 1, and the game launches with Call of Duty’s new DMZ extraction mode. Activision has been light on the details, but content creators were able to livestream gameplay of DMZ during a reveal event on November 9. Here we break down everything we learned about DMZ from the event.

Activision’s official description of the mode says, “DMZ is an open-world, narrative-focused extraction mode where Operator squads have free rein to complete faction-based missions, take on additional side objectives, engage with enemy Operators or AI combatants, and search for valuable items, all while fighting to survive toward exfiltration.”

The new DMZ mode seems to be Call of Duty’s take on the extraction shooter genre, with players dropping in as trios on Warzone’s Al Mazrah map to loot, fight, and extract. There are objectives players can complete for XP and cash, and players have the choice of how they want to play. They can just drop into a match for looting, they can choose to look for gunfights, or try to complete specific objectives.

Just like other extraction shooters like Escape From Tarkov and Hunt: Showdown, players can keep all the weapons and loot earned from a successful extraction, while also losing everything if they die before extraction.

Players can expect DMZ to utilize many features and mechanics from Warzone 2.0. This includes the new Stronghold locations on Al Mazrah. Looting and scavenging keys will let players access the high-tier loot found within the locked Stronghold buildings. There are several Stronghold locations on the map, and each key is assigned to a specific Stronghold. Players have the choice to enter the Stronghold and clear out any AI opponents for random high-tier loot, or the keys can be sold at Buy Stations for cash.

Modern Warfare 2’s AI enemies are found all throughout the map. There are recruit (easy) level AIs that can be found scattered around in buildings and various locations, but AI near Strongholds or objective areas are often armored and much more challenging to fight.

There’s also a backpack system in DMZ, and players start with a small pack that holds five items. However, larger backpacks can be scavenged or purchased from Buy Stations. This lets players store valuables such as items needed for objectives or random junk with price tags that can be sold for cash. These items include things like food, comic books, batteries, and tools. Some tools appear to be useful, but it’s unclear how many will have uses beyond just looting for cash. However, drills can be looted and used to open safes, which usually contain tons of cash and useful items like UAVs.

There’s a big emphasis on scoring tons of money in DMZ, and it’s likely because high-tier items at the Buy Station cost large sums of cash. The Advanced UAV streak, which reveals all players on the map for a limited time, costs $12,000 per streak. Upgrading to a medium backpacks cost $5,000, and two-plate armored vests cost $7,500. 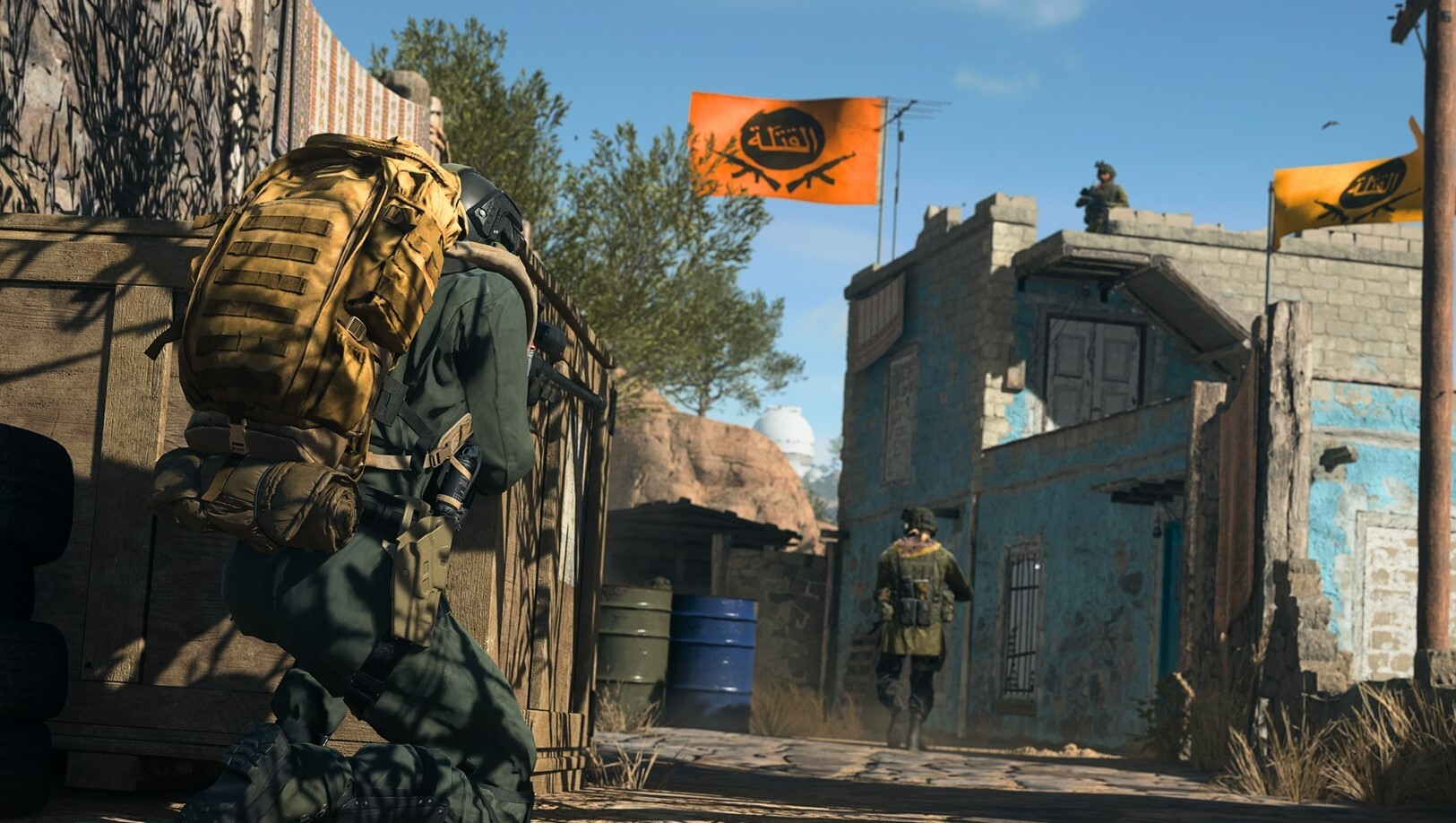 DMZ also gives full use of all of Al Mazrah’s vehicles, which no longer have unlimited fuel capacity. Players will need to refuel vehicles with scavenged gas cans or at gas stations to keep rolling through a match.

There’s a new interrogation feature in both modes. This works much like the operator ability for Caveira in Rainbow Six Siege, where knocking an opponent will let a player “interrogate” them to reveal the location of their squadmates on the map.

Additionally, there is one thing that seems exclusive to DMZ. Players can revive eliminated squadmates at their death location at any time in the match. Dead teammates are marked as a blue health icon, and there is no time limit or any additional steps needed to return teammates to the match.

The reveal event didn’t really showcase the overall rewards and long-term incentives for playing DMZ and having successful extractions. However, Activision did announce more information will be revealed ahead of next week’s launch.