Fortnite Chapter 4 Season 1 is packing quite a lot of new stuff to check out, so you’ll have no trouble rounding up fresh things to play around with. But some things never change–including the fact that there are a variety of Exotic and Mythic weapons you can find or purchase across the map. Some are new and some are returning favorites, but we’ve got the full list of them here to help you along your quest to find them all.

There are six Exotic weapons or items this season, as well as one Mythic which can be won as a drop in a boss battle we’ll detail below. The locations and costs of each are below, but it’s worth noting that we’ve also found at least one of these in Holo-Chests, which spawn around the map and must be opened using a key. Be sure to pair this guide with our complete NPC locations guide to find all Fortnite characters this season. 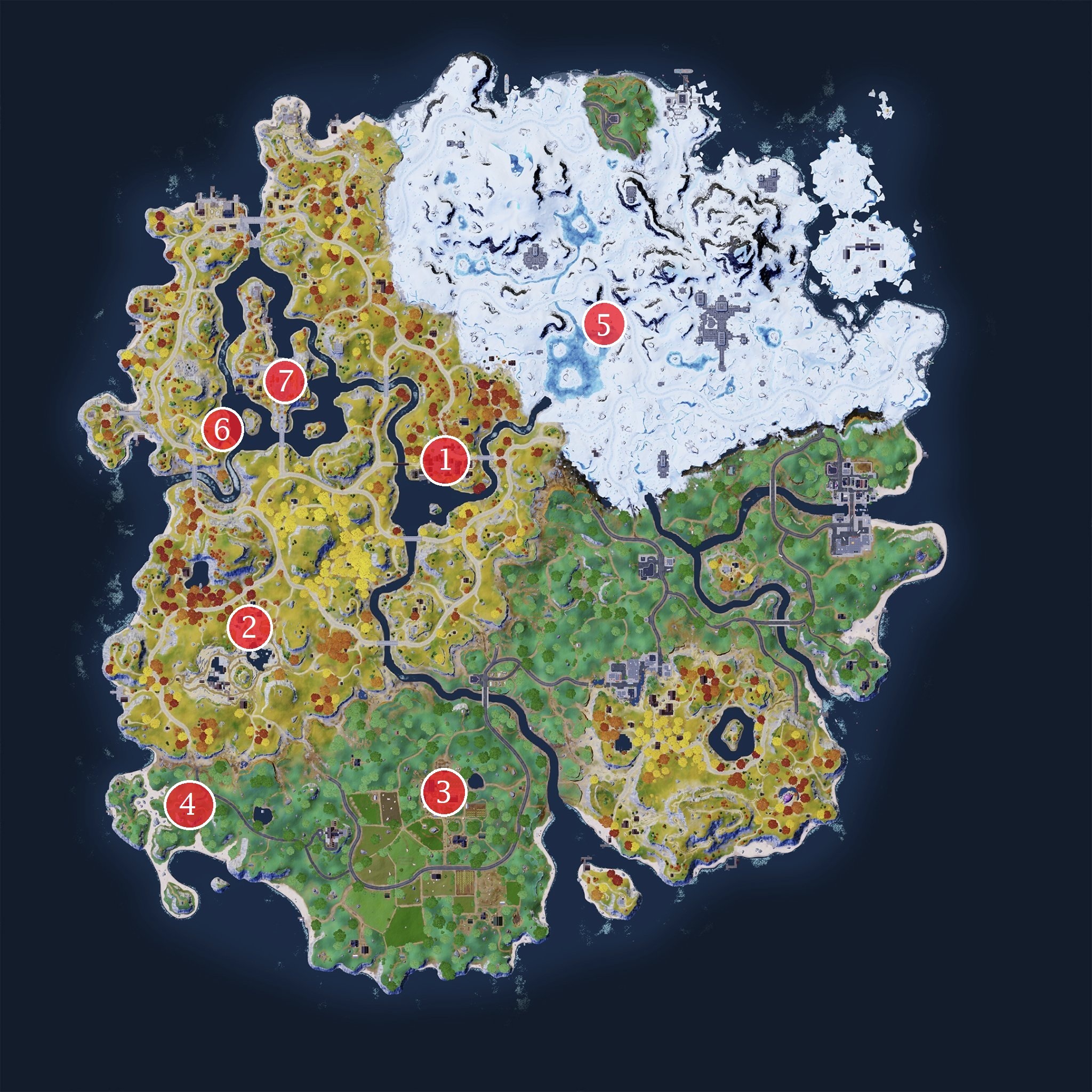 All Exotic and Mythic weapons and items locations

The Dub can be purchased from Surrr Burger [1] for 600 gold bars. You’ll find him walking around inside a building just north of the lake at Anvil Square here–not too far from the bounty board in the area.

The Unstable Bow can be purchased from Wild Card [2] for 500 gold bars. You can find him walking back and forth around the upper segment of Shattered Slabs.

The Chug Cannon can be purchased from Sunflower [3] for 600 gold bars. You will find her wandering around the northern part of Frenzy Fields.

The Shadow Tracker can be purchased from Evie [4] for 450 gold bars. She can be found walking around inside a large blue house far to the west of Frenzy Fields.

The Chili Chug Splash can be purchased from Frozen Fishstick [5] for 250 gold bars. He’s located at a small cabin to the west of Brutal Bastion and just north of the frozen lake. He walks around a bit, so just look for him inside or beneath the structure.

The Grappler Bow can be purchased from Princess Felicity Fish [6] for 500 gold bars. She’s standing atop a tower to the northwest of The Citadel on the other side of the lake.

The Ageless Champion’s Ex-Caliber Rifle is dropped by killing the boss Geno [7]. He can be found wandering around the bottom level of The Citadel and should be fought only once you’ve found some shields, a few good guns, and plenty of ammo. 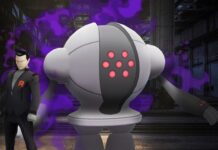