Fortnite Chapter 4 has brought a ton of major changes to one of the biggest games in the world–but some things stayed the same. For example, this season features a brand-new boss enemy, dubbed The Ageless Champion, who has an awesome Mythic weapon that you can loot from him after you take him down.

But there’s even better news: this guy is simpler to deal with than last season’s boss was. While folks seemed to usually leave The Herald alone last season, you can expect this new guy’s weapon to pop up in circulation a lot more frequently than the Herald’s burst rifle did.

Who is The Ageless Champion, and where can I find him?

The Ageless, who’s serving double duty as an in-game boss and as the final skin in the Chapter 4 Season 1 battle pass, is a snapshot of Geno, the founder of the IO. We don’t really know what his deal is story-wise right now, but he rules a kingdom from the sick medieval castle known as The Citadel, which can be found in the northwestern portion of the new battle royale island.

If you haven’t unlocked it yet, it’s this place 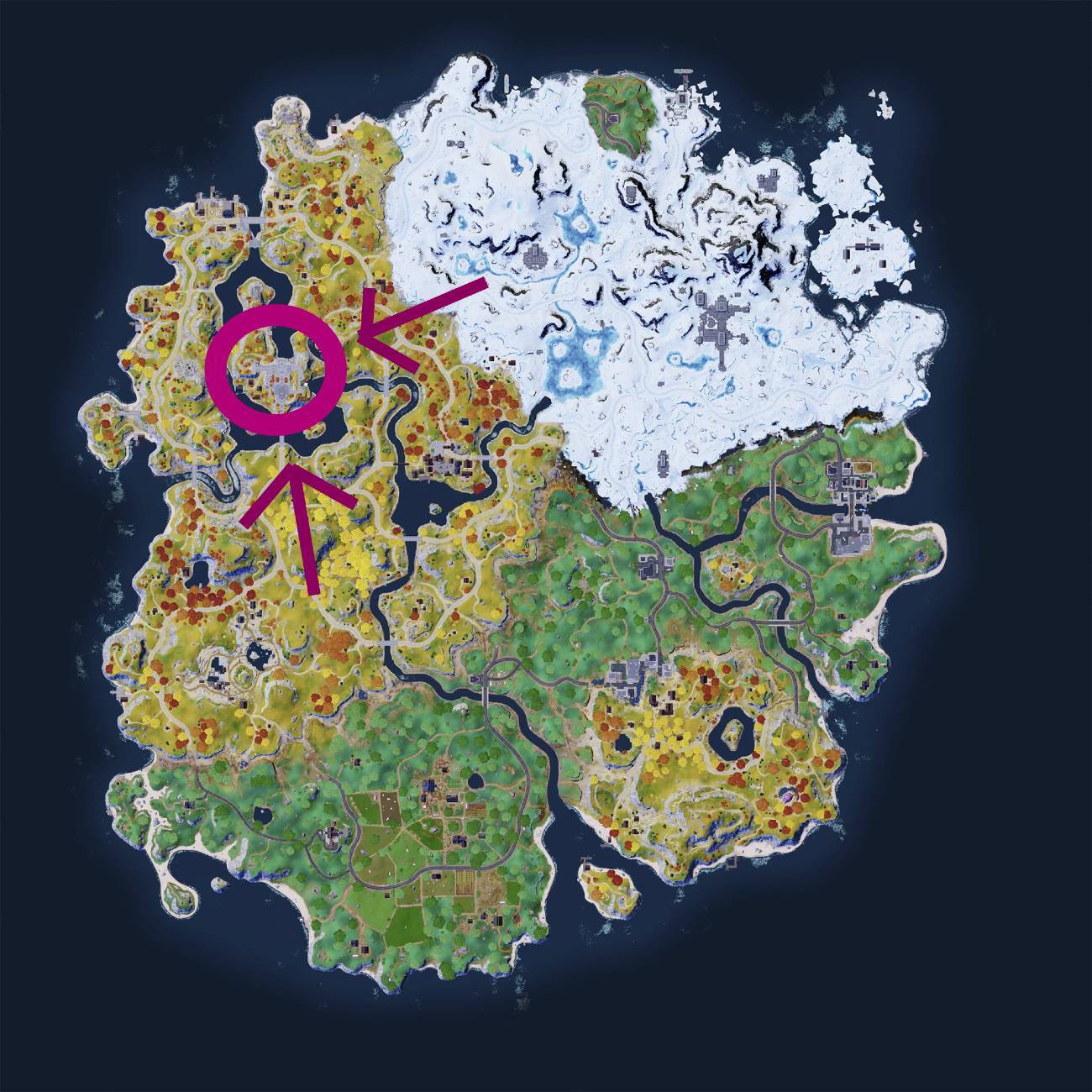 Here’s where you can find The Ageless.

How do I beat The Ageless Champion?

The Ageless holds 750 shields and 750 health, and he’s armed with two weapons that are new to Fortnite: a Shockwave Hammer and a mythic gun, The Ageless Champion’s Ex-Caliber Rifle. The Ex-Caliber is a new type of marksman rifle introduced in Chapter 4 Season 1 that works similarly to the Boom Sniper, firing a blade that sticks in your target and detonates after a brief moment. And this version of the gun is the best version.

When you’re at close range, The Ageless will come at you with the hammer, which does 60 damage and knocks you back real hard. When you’re beyond arm’s reach, he’ll shoot his Ex-Caliber instead.

Unlike the Herald fight last season, which involved immune phases and mob enemies, we’re back to just a normal straight fight here without any of that extra Destiny strike boss kind of stuff they did with The Herald. He doesn’t seem to do anything too wild–he just fights with his weapons like a normal villain.

And that means he’s fairly easy to take down. A solo player might have a little bit of trouble, but any decently armed pair of players should be able to nuke him. And a squad? Forget about it. You’ll cut him down to size like he’s made of warm butter.

What do I get for beating The Ageless Champion?

In addition to a standard smattering of random loot, you get two guaranteed drops when you defeat The Ageless. You get his hammer, which is of standard purple quality like all the Shockwave Hammers are. And you get his mythic Ex-Caliber rifle, which is quite an asset if you’re handy with the new gun type.