By this point, most of us agree that The Witcher 3: Wild Hunt is one of the best games of the 2010s. Its gritty world, monstrous foes, and outstanding depth of content make it stand out in the crowded RPG space even years after its original launch, making its release on PS5 and Xbox Series X|S all the more notable.

However, I think most fans can agree that it’s the game’s many memorable side quests that truly elevate it to the pantheon of great RPGs. And while there are quite a few that could be called the best, my personal favorite is “A Towerful Of Mice,” an early-game option that has all of the game’s best qualities.

In general, the side quests of The Witcher 3 can be grouped into a few different categories. There are the witcher contracts, where Geralt has to hunt down a monster for pay. Then there are the quest chains, which usually involve Geralt romancing one of his potential love interests, like Yennefer. Then there are the weird one-offs, which have no impact on the game’s overall story but often bring an unexpected twist or a strange character into things. A Towerful of Mice manages to mix all three of these categories together for great effect.

If you missed it, this side quest is part of the series required to romance Keira Metz, a sorceress who invites Geralt to her home. As a magic-user, Keira is in hiding from the local government, who are hunting down anyone involved with the Lodge of Sorceresses. Having moved into a backwater, she masquerades as a local witch, offering poultices and potions to the locals in exchange for her freedom. 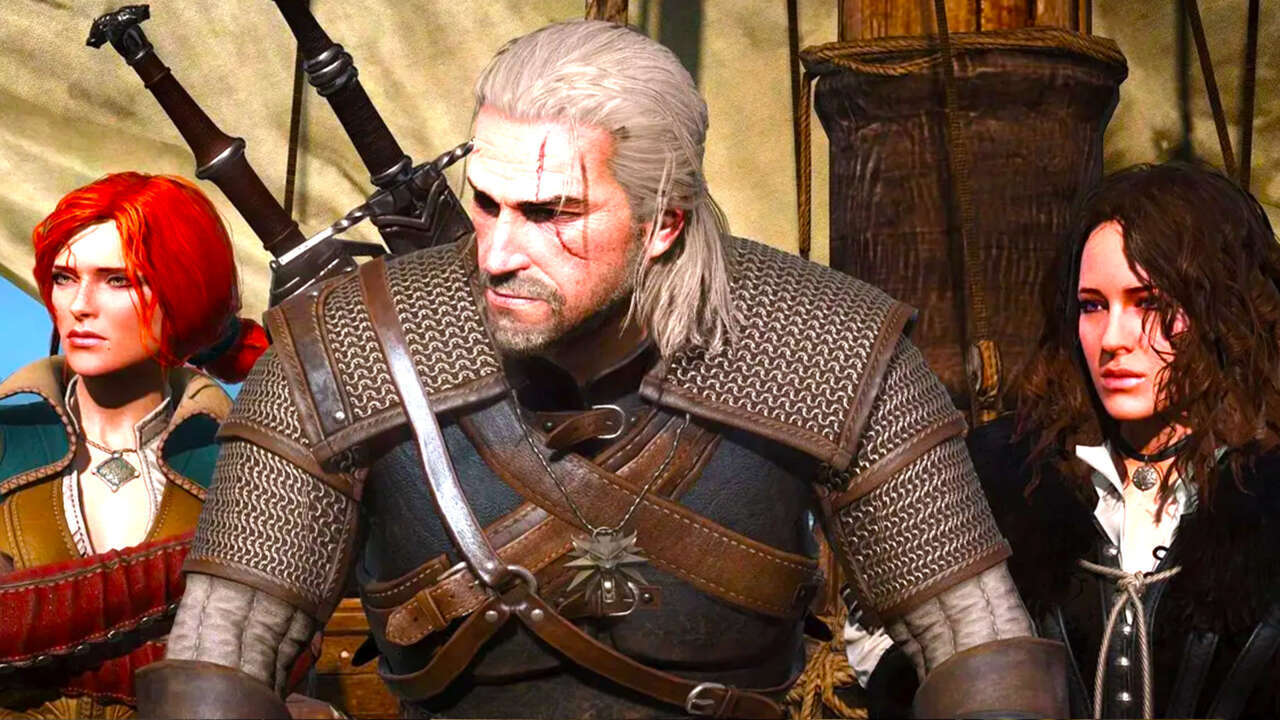 Keira isn’t Triss or Yennifer, but she’s definitely one of Geralt’s love interests.

She asks Geralt to investigate a mysterious tower on an island nearby, claiming that the peasants won’t leave her alone about it. It seems that the tower is haunted by ghosts and other strange creatures, and none who go there come back. Keira says that if she doesn’t deal with it, the populace will eventually turn her into the witch hunters.

The rumor surrounding the tower is that the local lord poisoned a great number of peasants who came to beg for food, which cursed the tower and the surrounding land. Once Geralt sails over and actually enters the tower, however, he discovers that the desolate tower is–true to the quest’s title–overrun by large rats that attack him in swarms. Inside, Geralt uses a magic lamp that Keira gave him to commune with ghosts.

Here, Geralt learns the grisly truth behind the tower’s fate–that the lord’s mage Alexander was experimenting on both rats and the local peasants, which caused the rabble to rise up against their cruel lord. He also finds out that the lord’s daughter, Anabelle, fell in love with a local peasant, which made her father treat his tenants even worse.

After exploring the entire tower and solving puzzles, Geralt meets the ghost of Anabelle, who explains that Alexander gave her a potion that put her into a deep sleep during the raid, which made the peasants think that she was already dead. After she woke, she was eaten by rats, unable to fight back due to the potion’s effects. She then asks Geralt to give her bones to her former love, Graham, and that she’ll forgive him for leaving her in the tower to her fate. 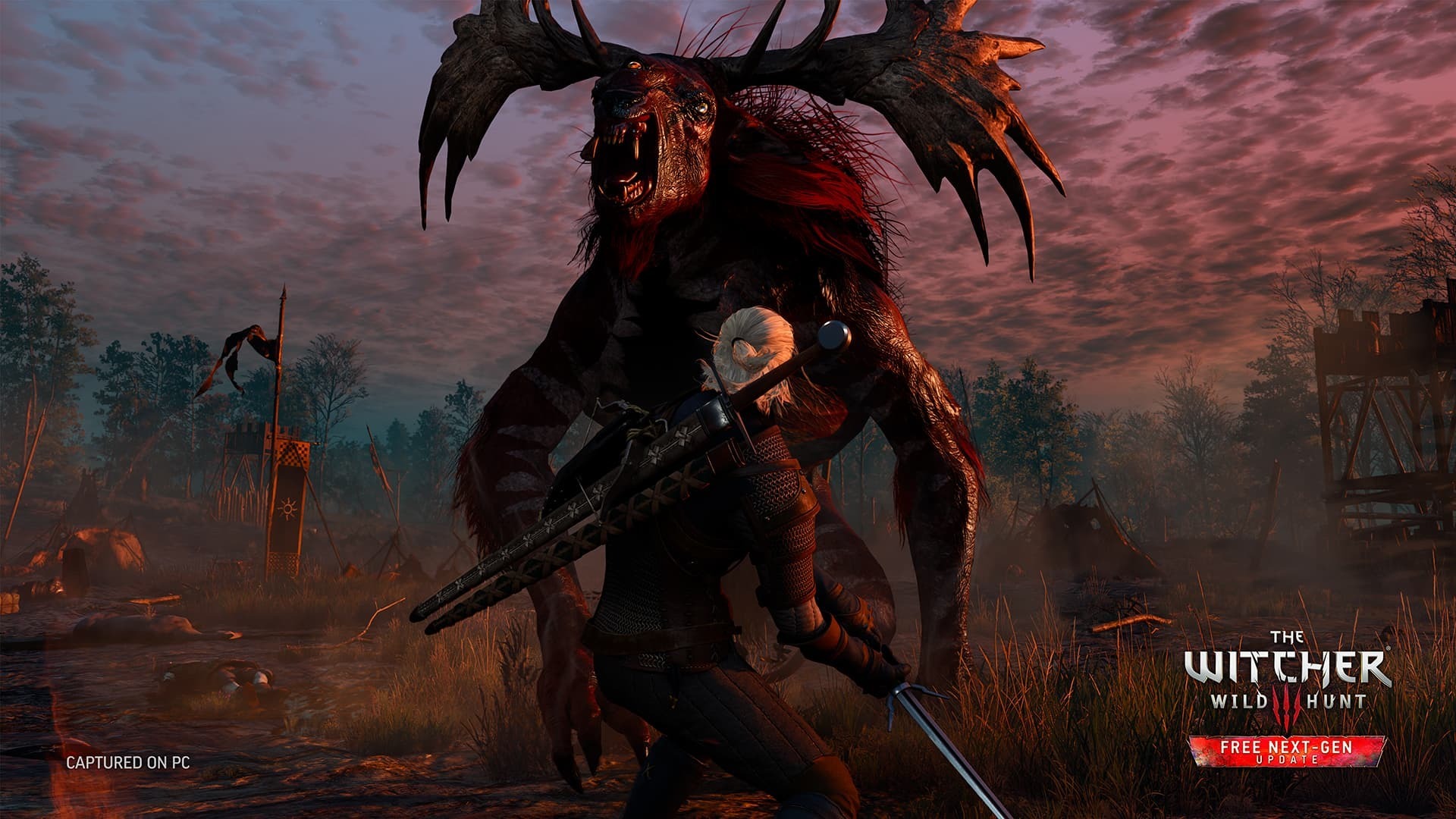 The Witcher 3’s upgrade is pretty impressive, especially when it comes to the monsters.

At this point, Geralt can choose to either fulfill her request or refuse and seek an alternate route. This decision ultimately determines the way that the quest concludes, though both paths are quite tragic in their own way. Let’s just say that if your Geralt took Anabelle’s deal the first time around, it’s worth trying the other path on your second playthrough, as it leads to one of the more moving scenes in the game.

From top to bottom, A Towerful of Mice has everything you want in a Witcher side quest: a memorable boss fight, a fun location to explore, folklore, an intriguing choice, and a hint of romance. On a deeper level, it also embodies two of the major themes of the game. First, that the story you hear from the locals or some authority is usually slanted to fit someone’s agenda. Second, that those who ask Geralt to do their dirty work often have another end in mind.

At the conclusion of her plotline, Geralt learns that Keira had an ulterior motive for clearing out the tower–she wanted Alexander’s notes, hoping that she could use them to cure plagues and get back in the government’s good graces. Even at this point, Witcher 3 gives you three different options to resolve this plotline, and all of them are interesting in their own way.

In terms of themes, storytelling, and complexity, the side quests in The Witcher 3: Wild Hunt simply outclass most RPG content in modern video games. While A Towerful of Mice is my personal favorite, there are more than a dozen side quests in the game that stand out as among the best I’ve ever played, up there with examples from Disco Elysium, Baldur’s Gate 2, and others. While they’re great in their own right, the next Elder Scrolls or even Baldur’s Gate 3 could learn a bit from The Witcher 3’s approach to side content. For me, it’s still the mark to beat, even all these years later, and that’s why it’s such a classic.