“Skull and Bones was never meant to be a spin-off of Black Flag,” creative director Elisabeth Pellen clarified when talking to GameSpot. “From the start, the mandate that the studio had received was to create their own IP and their own game. But we thought that it would be a good idea to capitalize on the expertise of our tenant who created specifically the naval combat for [Black Flag]. And then they wanted to bring [the naval combat] to a new environment.”

But if Skull and Bones isn’t a Black Flag spinoff, what is it then? Below, we go over everything we know about Skull and Bones, including when it’s coming out, what Ubisoft Singapore’s post-launch plans are for it, and whether it supports multiplayer.

Skull and Bones will release for Xbox Series X|S, PS5, PC, Stadia, and Amazon Luna. The game will feature both cross-play and cross-progression support.

Skull and Bones is scheduled to launch on November 8. Ubisoft Singapore started development on the game in 2013 just after the release of Black Flag, and initially aimed for a 2018 release date. However, Skull and Bones has had a turbulent development cycle that has seen it delayed numerous times.

In Skull and Bones, you play as the lone survivor of a shipwreck who vows to become a respected pirate captain. Set in the Indian Ocean during the Golden Age of Piracy, Skull and Bones will allow you to accrue Infamy and grow stronger via several different methods, such as fulfilling privateer contracts, looting treasure, building out your fleet, and hiring a crew.

Building on the naval combat first introduced in Black Flag, Skull and Bones primarily takes place on the open water. You can leave your ship and actually play as a pirate, though only at certain points in the game. While on land, you can talk to merchants and other characters, which further fleshes out the historical fiction setting that Ubisoft Singapore has created.

Skull and Bones tracks how well you treat your crew as well. If you don’t keep them fed and happy, they will mutiny against you, encouraging you to be a little selfless with your wealth. Your ships can also be customized with different hulls and weapons to create a wider variety of playstyles–your ship can specialize in speed and firepower at the cost of its overall hull strength and hold space, for example.

Ubisoft Singapore has not yet revealed the PC system specs for Skull and Bones.

Skull and Bones will support multiplayer in both PvE and PvP servers. In PvE, you can team up with up to two friends to form a fleet of three ships and take on computer-controlled enemies together. In PvP, every player you run into can be a potential ally or enemy, encouraging you to play more strategically when around other players.

As a live-service game, Skull and Bones will launch with microtransactions and will support post-launch DLC. The game’s post-launch roadmap features plans to further flesh out crews, including the addition of unique crew mate natures and a more detailed recruitment mechanic.

“We have a post-launch roadmap with some content coming–some features such as a new activity that should be a game-changer for the players,” Pellen told GameSpot. “We will add a new part of the world, a new character–we started to work on it already so we’re ready to inject new content.”

Skull and Bones is available for preorder. 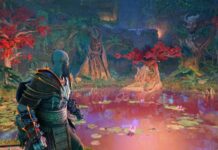 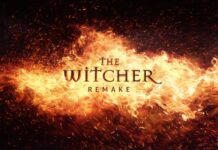 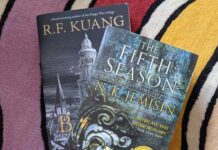 PS5 Controllers Are Still On Sale For Cyber Monday

God of War Ragnarök’s Wishing Well has some of the best...

The best SFF books to buy in the Barnes & Noble...

God of War Ragnarök’s Wishing Well has some of the best...