The Bramblin evolution in Pokemon Scarlet and Violet involves a slightly unusual evolution method. You need to spend a certain amount of time with Bramblin while they’re outside the ball, but the result is worth the trouble. Brambleghast is a powerful dual type that defies the usual Ghost weaknesses. This guide explains where to find Bramblin and how to evolve Bramblin into Brambleghast.

Where to find Bramblin in Scarlet and Violet

Bramblin call a few places home around Paldea, but the area where you’re guaranteed to find them is the Asado Desert. That’s just south of West Province Area Two, near where you can find Girafarig and west of Cascarrafa City. Bramblin are small, spherical Pokemon that look like, well, brambles. They roll around the desert and are roughly level 20-25.

Bramblin are Ghost and Grass dual types, so consider bringing a Dark, Fire, or Flying Pokemon along if you want to exploit a type advantage. However, since they also have weak defenses, and their Ghost typing means you can’t use False Swipe, you may want to stick to weaker attacks anyway, such as Nuzzle.

If you want a Ghost type in your party early in the game, you can rush to the Asado Desert by following the western path out of South Province Area Two, following it north into West Province, and hopping off the cliff into the desert. Unlike in Pokemon Legends: Arceus, you won’t take any damage from the fall.

It’s possible you may not see Bramblin in the wild. It took me quite a while to find one, possibly due to a bug, but you can exit the desert and re-enter to shuffle the available Pokemon or reset your game to hopefully clear the bug. Just bear in mind it make take several tries or even several days when the system clock resets. 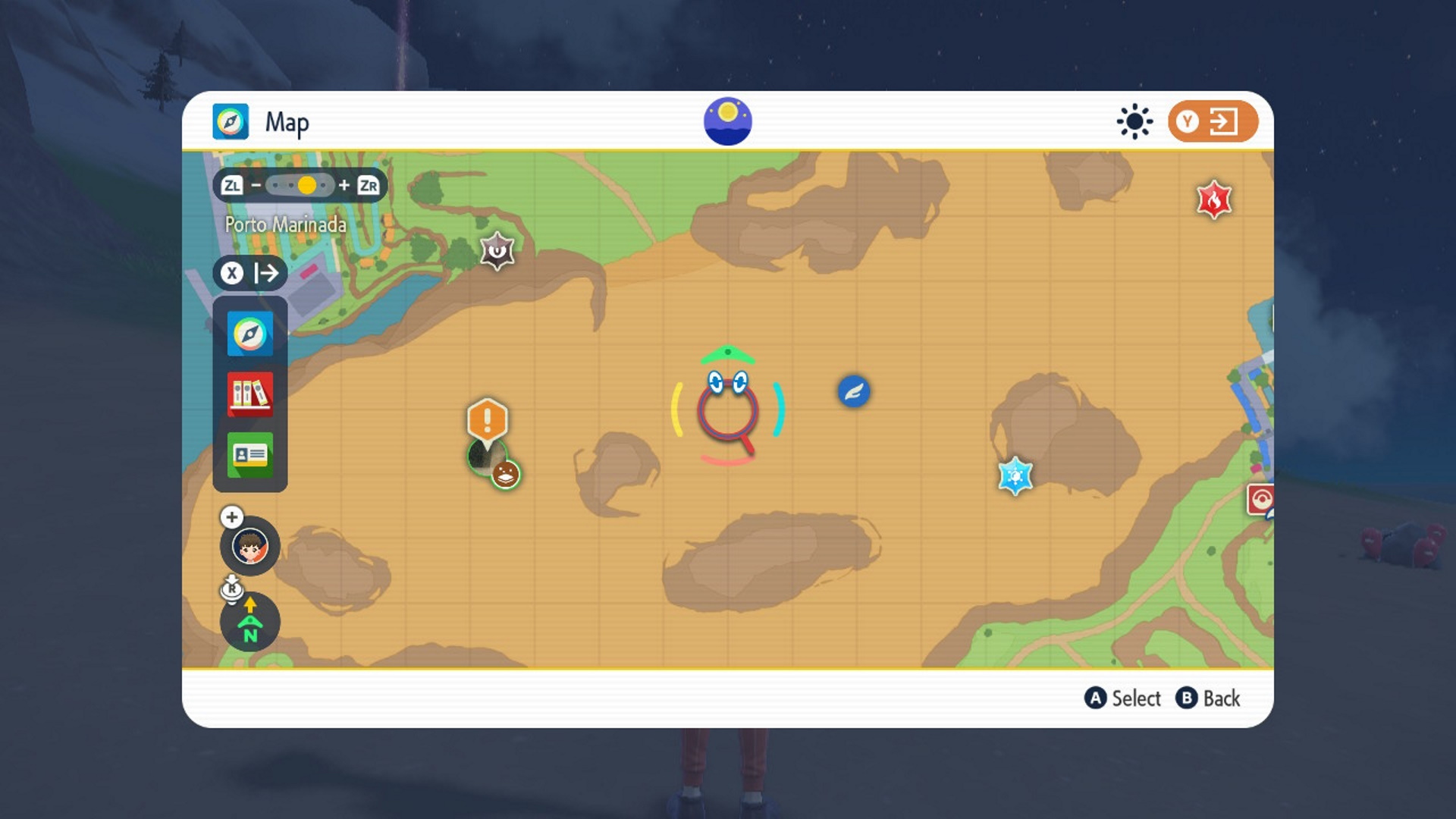 Head to Asado Desert, and you should be able to grab a few Bramblin with ease.

How to evolve Bramblin into Brambleghast

Most Pokemon evolve by leveling up, but Bramblin evolves after they walk 1,000 steps and then level up. That means you need to send them out in Auto-Battle mode by pressing the “ZR” button and let them walk with you. An easy trick to speed up the process is sending Bramblin out, then using Koraidon or Miraidon to jump onto a Pokemon Center roof. Bramblin will run around in circles below you, and it counts toward the step total.

Can you catch Brambleghast in the wild?

You can catch Brambleghast, but only in high-level raids and the Soccarat Trail, where they’re guaranteed to be at least level 50 or higher. If you want Brambleghast earlier, the best method is evolving Bramblin.

Are Bramblin and Brambleghast good?

Bramblin and Brambleghast are similar to Phantump and Trevenant in earlier Pokemon games. Unlike most Ghost types, these two have high attack and decent defense. And unlike Trevenant, Brambleghast has high speed.

The downside is that they mostly learn special attacks via leveling up and can’t learn Shadow Claw. Seed Bomb and Phantom Force will be your two primary moves for Grass and Ghost, respectively.

If you’re looking for some more tips, check out our list of things we wish we knew before starting Scarlet and Violet so you don’t have to make the same mistakes we did. And to get another strong new Paldea Pokemon to your team, have a look at how to evolve Charcadet, whose final form changes depending on which version of Scarlet and Violet you’re playing.