Of particular interest is the new Artist class set to arrive in April. The Artist will be the first “specialist” class added to the Western version of the free-to-play MMORPG, and Amazon is teasing it won’t be the last to arrive in 2023 in its latest blog post. Wielding a gigantic paintbrush, the Artist fills a support role but is also able to attack enemies directly with her giant paintbrush or by painting and summoning “holy beasts” to do her fighting for her.

However, Amazon makes clear it has worked with developer Smilegate RPG to make some visual changes to the female-only class in preparation for its arrival in the West. Changes to the appearance of the game’s various female-only classes has been an ongoing localization project for Amazon, which is also working with Smilegate RPG to make it so more Lost Ark classes can be played as either male or female.

“Nothing gameplay-related will change for the Artist Class, but some skins will be modified to better fit Western norms,” Amazon’s roadmap states. “Specifically, skins with short skirts will have shorts added underneath the skirt, and other skins will have adjusted pant lengths or tights added.”

A hard mode for the game’s recently added Brelshaza raid will also be coming in April, alongside a new Guardian raid that will pit players against the King Kong-esque Hanumatan. In March, Lost Ark will receive a new 96-player PvP activity called the Tulubik Battlefield, where teams of 48 players will battle to capture bases and secondary objectives. Matches will be held at specific times during the week, and players will need to reach Faction Rank 5 and item level 1,490 in order to participate.

The new continent of Rowen will be coming in February for players to explore and will require players have an item level of 1,445 in order to access the new story quests. Upon completing the Rowen questline, players will be able to join a PvP faction. February will also bring an anniversary event to celebrate the launch of Lost Ark in the West. As was previously announced, a Witcher crossover event will arrive in January, which will see players teaming up with Geralt of Rivia to solve a mystery.

Lost Ark has proven to be a big success for Amazon Games, which chose to localize and publish the Korean MMO in the West. The game has received a steady stream of new content over the course of the year and has been among the top-played games on Steam since launch, even breaking concurrent player records on the platform. 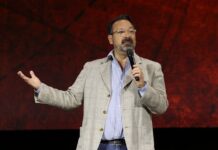