Fortnite Chapter 3 has come to an end, and as usual, the existential threats proved real, as The Herald made swift work of the loopers’ most recent island. If you missed the Chapter 3 finale Fortnite event, we’re breaking it all down for you right here. It’ll be a few hours before Chapter 4 begins, so use that time to get caught up on the story and join us as we await the discovery of strange new terrain coming in a short while.

The Fortnite Chapter 3 finale event kicked off with a cinematic. With the Chrome continuing to spread across the island, a band of resistance fighters taking up arms atop the Reality Tree fired an onslaught at The Herald to try and halt her march across their home. It briefly looked hopeful, as a bevy of rockets splattered the mysterious villain into chromey little bits, but she quickly undid that hopefulness when she merged into the Chrome tidal wave and re-formed as a gigantic version of herself.

Kaiju-like in size, The Herald needed only to swat away the resistance like gnats at a barbecue. The heroes floated away as chromified victims of her unceasing march, and soon thereafter–remarkably soon, I’ll add–the island was destroyed. Before players could even lift a finger to assist, it seemed The Herald had won.

But The Paradigm planned for all contingencies and using the help of the player and other loopers, she quickly got to work on stitching together some semblance of a safe zone, as part of a plan she called Zero Fusion. First she needed to heal and restore the Zero Point, which players were able to do themselves across a long series of puzzles and mini-games. Locating Zero Point fragments, completing time trials, and even finishing bounty missions by snowballing “enemies” in their lobby all contributed to restoring the life-giving force at the center of the makeshift world, and little by little, the heroes re-tooled the Zero Point back to working order.

This process took an unprecedented amount of time, making this Fortnite event the longest one yet. While fan reactions to this oddly-paced event so far seem mixed, outside the story, it’s at least a bold new direction for the normally scripted live theater that Fortnite has abided by. After about 30 minutes of restoration, the project was complete and The Paradigm was somehow able to piece together fragments of what seemed to be all three previous islands and wholly new parts, as well. The end result: The Chapter 4 map, which we can glimpse below, though a closer look will come soon. 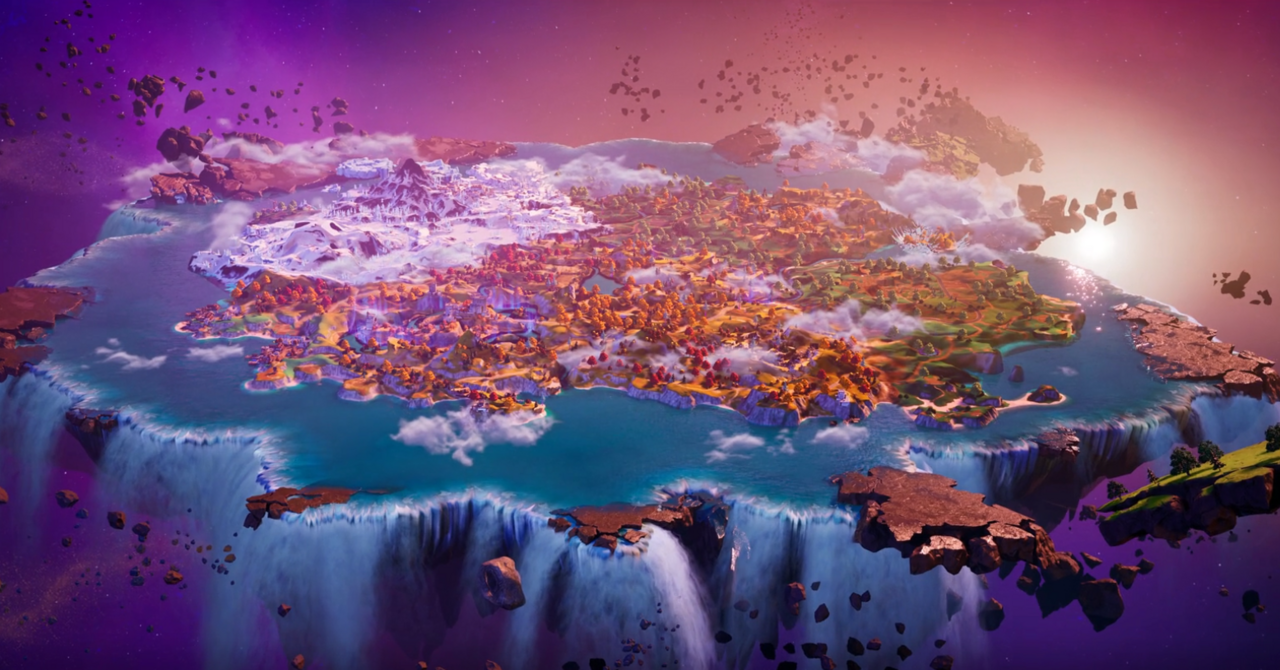 Our first look at the Chapter 4 map.

With teases such as Geralt of Rivia, The Incredible Hulk, and Doomslayer all showing up in the final moments, Chapter 4 looks like it will deliver on Fortnite’s major promises we’ve seen with each new chapter so far: exciting new collabs, a new world waiting to be explored, and plenty more mysteries that beg to be unraveled. Chapter 4 is just hours away now that Chapter 3 just ended. See you on the other side!

Disney Dreamlight Valley: How To Get Rid Of Bones