For retro gaming fans who love physical media but are gobsmacked by the price of old carts, the Evercade brand has fulfilled a nostalgic dream over the past two-plus years. With a pick-up-and-play mentality, a growing library of carts filled with officially licensed retro console and arcade games, and multiple hardware iterations, the Evercade has found its niche in an increasingly popular market. The Evercade EXP, an updated version of the original handheld, is the best Evercade yet. If you’re interested in 8- and 16-bit console and arcade games, the Evercade EXP offers a fantastic way to play physical cartridge collections in a portable form factor.

For those who are unfamiliar with the Evercade, it first debuted in 2020 as a budget-friendly handheld with cartridge play. Each cartridge, which goes for $20 a pop, has a collection of authentic classic games. There are collections based on old platforms like the Atari Lynx and Commodore 64 as well as publisher-themed carts from studios such as Data East, Interplay, Codemasters, and more. Just like the old days, the carts come in chunky plastic cases filled with cool inserts. You insert the cartridge, pick a game, and dive in almost instantly. Quality-of-life improvements such as save states and various display settings make these retro games more digestible, lending themselves to quick spurts of play.

The original handheld was followed up in 2021 by the Evercade VS, a home console capable of 1080p resolution and multiplayer for two players. With the EXP, manufacturer Blaze Entertainment has returned to its handheld origins, improving on the original design in practically every way.

The Evercade EXP comes in an all-white or limited-edition all-black design. The original had a toy-like appearance, with a somewhat cheap plastic feel and little weight to it. The EXP, on the other hand, has a more modernized vibe. Its weightier feel, premium textured back panel, and more elegant form factor come together to create a device that doesn’t cut any corners. It truly is night and day when you switch back and forth between the two handhelds. The slightly wider shell makes for a more comfortable gaming experience while still remaining compact enough to fit in your pocket. 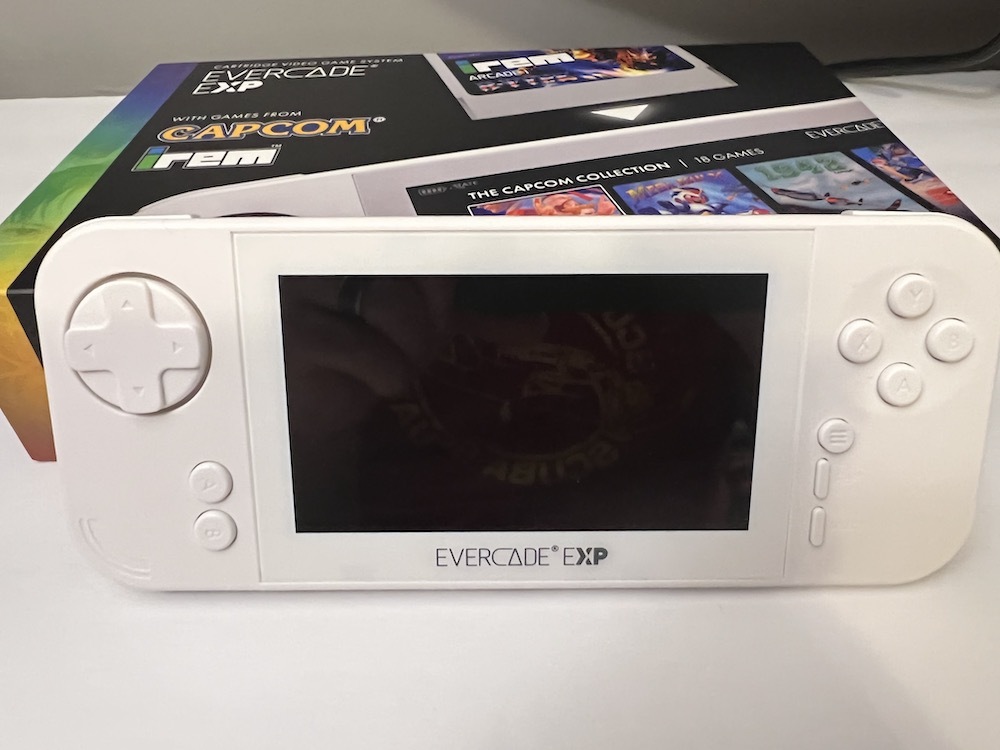 More than just an improvement in the aesthetics and general feel department, the EXP also has notable upgrades to the D-pad and triggers. The eight-way D-pad has a smoother range of motion. It’s easily one of the best D-pads I’ve used on a handheld. The original handheld only had a pair of shoulder buttons, whereas the EXP adds proper triggers and improved shoulder buttons.

You’ll notice bonus A and B buttons on the left side of the handheld. These buttons are for TATE mode, which allows you to play select Evercade games with a vertically oriented display. You simply press the dedicated TATE button on the bottom of the EXP and turn the handheld to the side. Only 21 games across the entire Evercade library support TATE mode at launch, but it’s cool to play classics like Burger Time, Super Breakout, and Centipede using the screen’s full estate. Sure, the Flip Grip exists for the Nintendo Switch, but it’s pretty darn cool to use a handheld that has this feature, especially since the supported games really are at their best with a vertical orientation.

The Evercade experience is enhanced by the improved display on the EXP. The increased brightness is noticeable right away. It’s still the same size at 4.3 inches, but the resolution is significantly improved. It has an 800 x 480 IPS display versus the 480 x 272 resolution display of the original. Overall, it has much crisper image quality that makes the 8- and 16-bit games from yesteryear really pop. The EXP still plays all of the same games as the original, so you could aptly compare it to the jump from the Switch to the Switch OLED in terms of the viewing experience. Speaking of viewing experience, the EXP’s display has far superior viewing angles. You can tilt it without obscuring the picture. 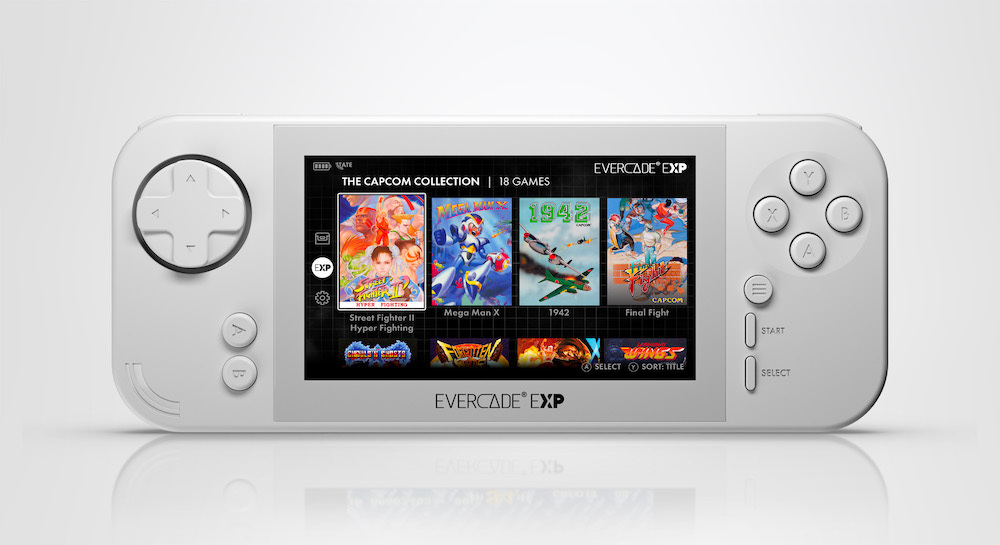 And just like the Switch OLED, you can only see these improvements in handheld mode. You can connect the EXP to an external display using the Mini-HDMI port to run games in 720p. This is the same “docked” resolution as the original. For those who prefer to play on a larger screen, you’ll still want to go for the Evercade VS, as it offers 1080p as well as multiplayer for two players. The EXP remains a device for playing classics by yourself.

I also appreciated the changes to some of the basic features, such as switching from a power switch to a power button and the more compact, stealthier Start/Select/Menu buttons. The biggest general-use change is the move from microUSB to USB-C charging. The Evercade was the only device I regularly used that charges via microUSB. On a full charge, the EXP runs for four to five hours, which is the same as the original. My only complaint with the build is that you still need to use the 3.5mm headphone jack for private listening. The EXP does not support Bluetooth, which is certainly a bummer.

The custom Linux operating system that the EXP runs borrows from the VS home console. If you’ve tried any of the mini consoles from Nintendo or Sega, it’s fairly similar to those, with game box tiles to scroll through. Once you click on a game, you get a top-level description as well as the controls. You can load your game from your last save to pick up where you left off quickly. Numerous display themes, sound mixing sliders, and display settings are available in the menu settings. Display settings let you switch the aspect ratio, add scanlines, and choose bezels. Original Evercade owners can update their handheld’s firmware to the new OS layout, too. That said, the EXP does offer a smoother and slightly snappier overall experience, perhaps due to the jump from a 1.2GHz to 1.5GHz processor. 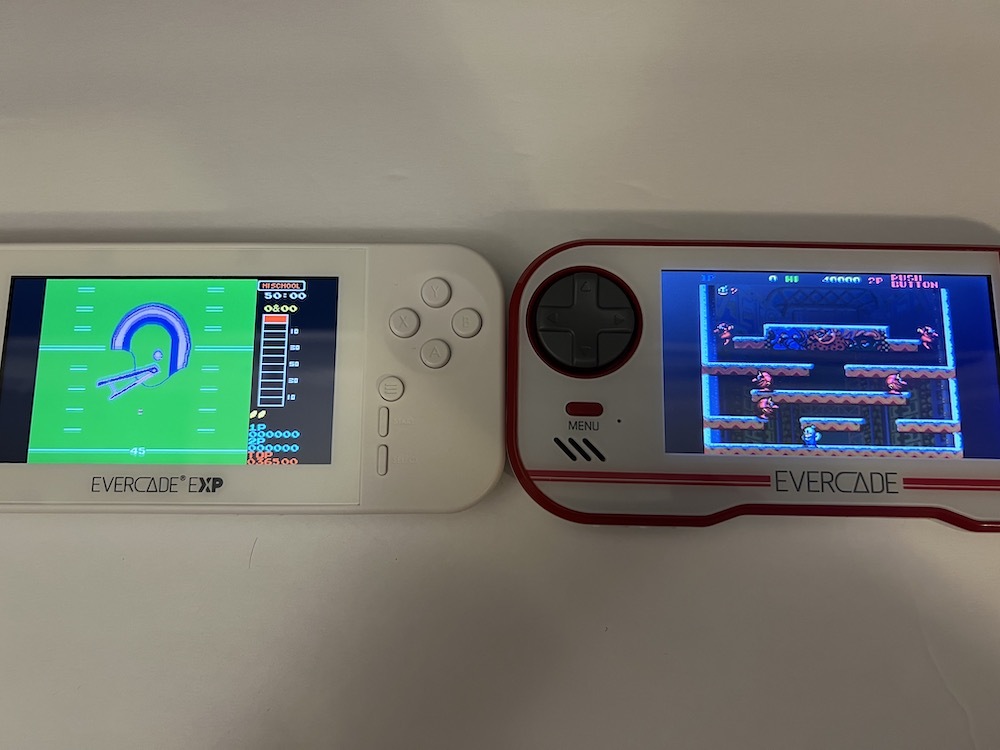 Evercade EXP next to original Evercade

So, the handheld itself is great, but how about the games? One of the major selling points of the EXP is its built-in library of 18 Capcom games. These are exclusive to the EXP, so you won’t be able to play them on the original handheld or VS. Though it’s slightly odd for a manufacturer so focused on physical media and cool packaging to go the digital route, there’s no denying the appeal of this collection of classics. Here’s what you get, no downloads required:

The trio of Mega Man games and Breath of Fire are console games, while the other 14 are based on arcade versions. Classics like 1942 and 1943 take advantage of TATE mode, and playing greats like Street Fighter II and Strider on this little handheld is a real treat. All of them run and look great. Plus, new Evercade owners will have a lot of notable games to play right out of the box, which is a huge bonus. 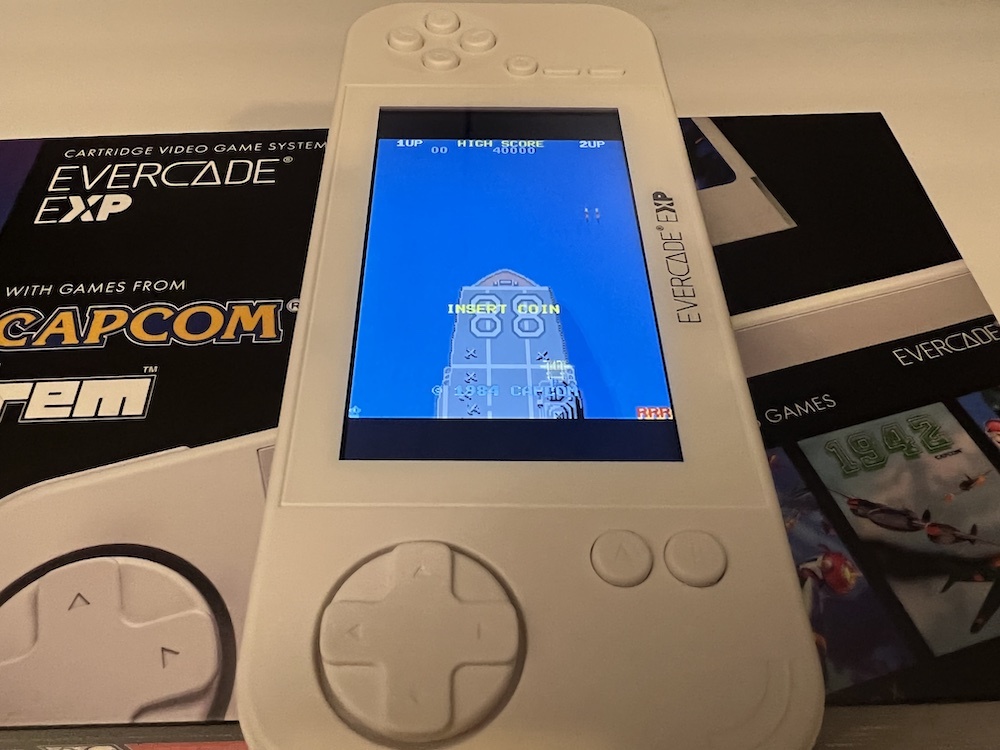 The IREM cart is just one of the dozens of Evercade collections that are available now. For a full list, check out Evercade’s site. The amount of value you get out of the Evercade is highly dependent on your interest in the growing library of games. You’ll find just about every genre you can imagine on Evercade, so it really is a case of there being something for everyone. It’s just a matter if there’s enough games you want to play.

Though I won’t spoil it, Blaze brought back “hidden” games. There are five games to unlock via secret passwords and button press combinations.

All told, you’re getting the Evercade EXP handheld and more than two dozen games for $150. For those who already have the original Evercade, deciding whether to upgrade or not probably depends on how much you play Evercade games already. Those who are considering picking up an Evercade for the first time should absolutely go for the EXP. Though it costs $50 more than the original Evercade Premium Pack (which comes with three carts), the enhancements to the build alone justify the jump. Throw in the 18 Capcom games and the value gets even better.

Where to buy the Evercade EXP 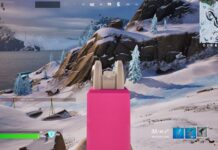 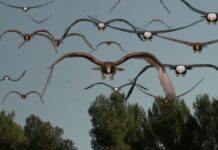 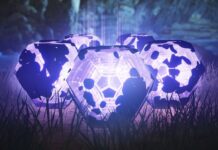 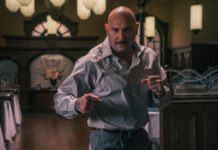 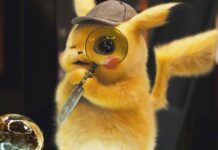