The European Commission, the executive arm of the European Union, recently announced an investigation into Microsoft’s purchase of Activision Blizzard. Now, the Commission has had to speak out after one staffer made a comment that caused some gamers to believe he might have a certain preference in the ever-churning console war.

Commission member Ricardo Cardoso said in a tweet that the body was “working to ensure you will still be able to play Call of Duty on other consoles (including my PlayStation).” While this technically describes Microsoft and Activision’s position on the matter, given that both companies have repeatedly stated that COD will continue to come out on PlayStation, some felt that Cardoso was expressing his own opinion on the matter, rather than that of the body.

In a statement, the Commission clarified that Cardoso is not involved in the body’s investigation, as he works in the Director General for the Internal Market. The investigation is being handled by a separate department, the Directorate General for Competition. The Commission also notes that Cardoso intended his remarks in a personal capacity, as “indicated clearly in his Twitter profile.” In other news, retweets are not endorsements.

Though this is all very odd, it’s clear that the European Commission is taking a hard look at the Microsoft’s Activision Blizzard purchase. The body announced an “in-depth” investigation into the transaction, and the UK’s Competitions and Markets Authority did the same. In response, Microsoft claimed that PlayStation was the market leader for gaming, and that Call of Duty will not be an exclusive. 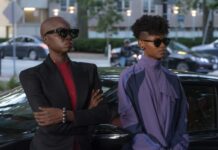