From the very outset of Elden Ring, if you proceed in the direction the game points you, you’ll arrive at the gates of Stormveil Castle. Upon first look, Stormveil’s crumbling battlements and crazed knights are well-known territory for Souls fans. However, its familiar features and foes are more than a rehash of the Souls games that came before it.

Stormveil Castle is a celebration of how far From Software has come since the days of Demon’s Souls. Sown with secret paths, missable foes, and brutal group-fights, Stormveil is not only a microcosm of Elden Ring, but also one of the best overall video game levels of 2022.

Guarded by early-game roadblock boss Margit the Fell Omen, Stormveil is clearly intended as a lengthy tribute to the first world of Demon’s Souls, the Boletarian Palace. Besides the obvious visual similarities, certain sections of Stormveil are seemingly ripped directly from Demon’s Souls–particularly the part where you navigate the castle wall’s narrow footholds and explore a broken wall rife with exploding barrels and winding staircases. The inner courtyards also bear an undeniable resemblance to the later levels of the Boletarian Palace, especially in the open stretch before you hit the ultimate boss of the level, Godrick the Grafted.

In a broad sense, this is nothing new for the Souls series, as From Software often references areas or motifs explored in previous games (such as the infamous Blighttown-style “poison swamps”) in their output. What makes Stormveil uniquely excellent is how it combines the unique open, exploration-driven structure of Elden Ring with the familiar interlocking paths of a great Souls dungeon.

The first time you approach the gates of Stormveil, you’re given a choice by a mysterious benefactor with a hidden agenda: You can either take the front approach, which pits you against wave after wave of guards armed with siege weapons, or the back way along the cliffs. While the front door seemed almost impossible to me on my initial playthrough, subsequent runs have shown it to be just as viable a path as the cliffside–in fact, there’s even a hidden third way in via a ladder that faces a later area, Liurnia of the Lakes. The fact that the game leaves that third path for you to discover is typical of Elden Ring’s design, and one of the main achievements of its open world. 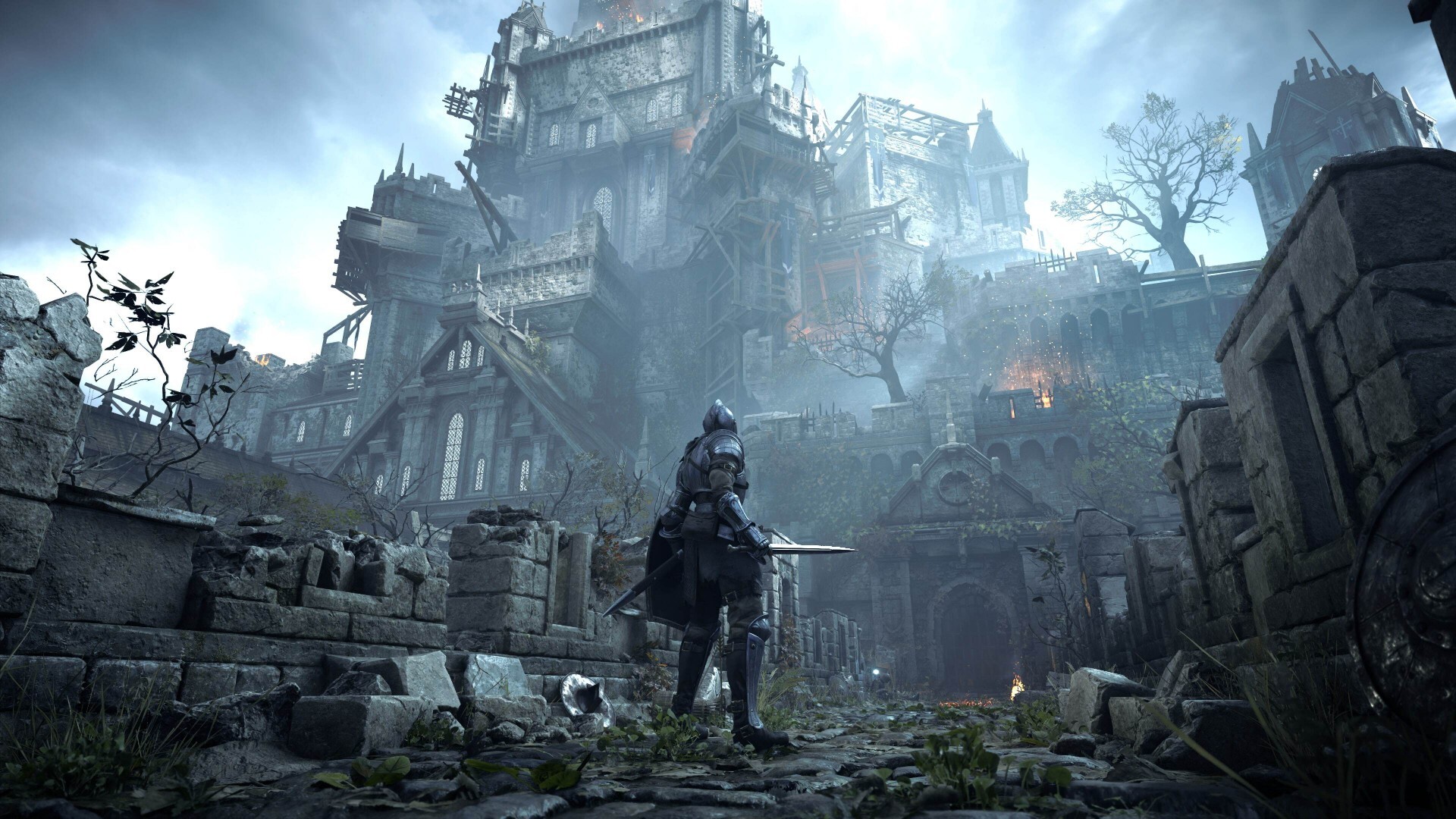 Stormveil Castle is an obvious homage to the first level of Demon’s Souls.

Regardless of the path you choose, Stormveil proceeds in a nest of interlocking routes from the outer walls to the innermost cloisters. However, those who take their time will notice a large number of locked doors, empty lifts, and seemingly impassable areas just begging for exploration. Though you can certainly bash your way through to Godrick in just an hour or two, those who prefer to explore every nook and cranny of Stormveil will be rewarded with several secrets to uncover, including a variety of hidden weapons, items, and sub-bosses, as well as fragments of the game’s lore.

The rooftops of Stormveil take full advantage of Elden Ring’s new jumping mechanic, hiding valuable items behind long climbs and strategic falls. Large birds dive and peck at you from above, some even throwing explosive barrels at you for good measure. One of the most memorable moments in Stormveil comes just after you meet these deadly eagles for the first time. If you fall off a certain ledge to the left of the Eagles, the stone beneath you will break, sending you far below the castle where a tough Crucible Knight lies in wait. This mini-boss uses a variety of tail-whips and dive attacks to punish you, and he’s no pushover–in fact, he took me more tries the first time around than Godrick.

Besides the usual multiplayer messages unique to the Souls series, there’s no hint that an interesting foe lies down here. Many players are likely to miss it entirely. Playing Elden Ring pre-launch, I was only able to find the Crucible Knight because I was determined to activate the last unused lift in that area of the castle before I continued, and it took me more than an hour to find this final hidden area.

This sense of nested discovery applies to every aspect of Stormveil, but especially its hidden basement section. Sometimes labeled the “secret of Stormveil” by fans, the crypt beneath the castle requires a careful eye and several tough jumps to discover–and, of course, there are multiple paths you can take down there.

This basement features many rats, a secret Ulcerated Tree Spirit miniboss, and a mysterious face that NPC sorcerer Rogier claims to be the remains of Godwyn, the Prince of Death. Since you can later find Godwyn’s remains at another location later in the game, this has led to much debate among Elden Ring fans as to which harrowing face is “real,” and what that means for the world of the Lands Between.

While I enjoyed the entirety of Elden Ring, I often felt that the game’s “legacy dungeons” failed to live up to the stellar standard offered by standout Souls levels like Anor Londo, Undead Burg, Central Yharnam, and Irithyll. While I did enjoy Volcano Manor, Raya Lucaria, and many others to an extent, I did find myself wondering if the open-world nature of Elden Ring had sacrificed some of the immaculate level design that put the series on the map in the first place. This was especially apparent in some of the game’s optional dungeons, which often repeated enemies, bosses, and even their overall layout.

For me, that is what makes Stormveil Castle such a standout moment in Elden Ring. It’s the one area of the game that manages to strike a balance between the brilliance of the old Souls formula and its masterful open world. And though it is a shame that none of the game’s legacy dungeons quite measure up to the scope and ambitions of Stormveil–a criticism that you might extend to the game’s second half as a whole–it’s still one of the best levels that From Software has ever made, and that’s enough to make it one of the great moments of 2022.

Disney Dreamlight Valley: How To Get Rid Of Bones