As it does on a regular basis, Microsoft is removing more titles from Xbox Game Pass in the near future. At least four titles are leaving the program on January 31, according to a notification that popped up in the Xbox Game Pass app seen by GameSpot. [Update: Microsoft has now confirmed the list of Game Pass removals]

The four games leaving on January 31 include Telling Lies, Donut County, Worms W.M.D., and Taiko no Tatsujin: The Drum Master. Following the emergence of this news via the Xbox Game Pass app, Microsoft published a blog post confirming the removal of these four games.

As usual, Game Pass subscribers can save 20% on titles when buying them outright, so that’s a silver lining should fans want to keep playing after the removal date.

This is the second wave of removals for Game Pass in January. On January 15, six titles got cut from the library, including We Happy Few, The Anacrusis, Windjammers 2, Pupperazzi, Nobody Saves the World, and Danganronpa: Trigger Happy Havoc.

As for games coming to Game Pass in the rest of January, these include Hi-Fi Rush, GoldenEye 007, Roboquest, Age of Empires II: Definitive Edition, Inkulinati, and JoJo’s Bizarre Adventure All-Star Battle R.

The Elder Scrolls Online: Necrom Goes All In On Cosmic Horror For Its 2023 Chapter 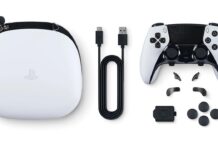 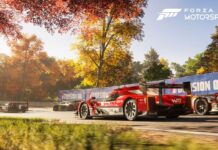 Everything announced at Xbox Developer Direct

The Elder Scrolls Online: Necrom Goes All In On Cosmic Horror...