Every World of Warcraft player with a Twitch account and an internet connection will soon be able to earn one of the rarest mounts in the game’s history, but the jury is still out on whether that’s a good thing.

The mount in question is the Feldrake, which Blizzard recently confirmed would be obtainable from November 28-30 as part of the game’s first-ever Twitch Drop campaign. To earn it, players just have to link their Battle.net and Twitch accounts and watch four hours of qualifying WoW: Dragonflight-related content on the streaming platform. 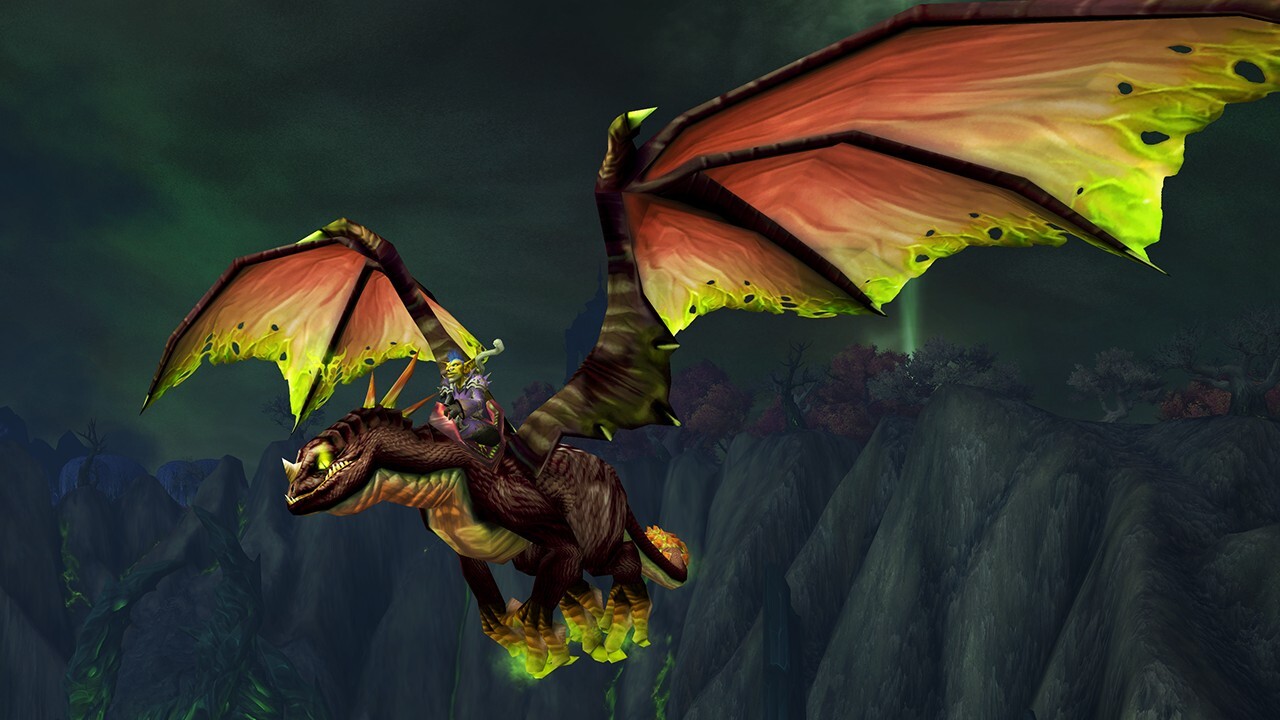 Until yesterday, some players have been willing to pay thousands of real-world dollars for the Feldrake mount.

One might not expect players to be upset about being able to earn free in-game rewards, and while many players are happy about the Feldrake, more than a few players are less than thrilled with the promotion. The reason? The Feldrake isn’t a new mount made just for the purpose of Twitch Drops. It was once previously available only to those who obtained a rare card as part of the now-defunct World of Warcraft Trading Card Game, effectively making the mount a major in-game status symbol. Players who have the card can input the 25-digit-code found on it and unlock in-game rewards, and even though the card game is out of print, the codes still work to this day.

Currently, only players who obtained the Feldrake from playing the card game back in the day (the card game was discontinued in 2013, not too long after this mount become available), and those who have spent exorbitant prices buying the card on sites like eBay are able to say they own one of the rarest mounts in the game. For years, everyone else has been out of luck.

The WoW subreddit and forums are filled with posts both praising and criticizing Blizzard’s decision to make the rare mount available to all players. Even though the Feldrake is a re-colored version of easily obtainable mounts that have been around since the days of Wrath of the Lich King, some claim Blizzard is ruining the prestige associated with the mount, in the process insulting those who have spent thousands of real-world dollars on obtaining it (some, apparently, as recently as October 24).

Others are happy to see the mount become available for all players, and are hoping that the Twitch Drop campaign will lead to Blizzard offering more formerly card game-exclusive mounts (like the Spectral Tiger) either in the form of Twitch Drops or WoW’s in-game cosmetic shop. Regardless of which camp players fall into, there will almost certainly be a lot of people watching WoW on Twitch come November 28.

WoW’s next expansion is right around the corner, with the first phase of the Dragonflight pre-patch currently in full swing. Phase two of the pre-patch, which will arrive November 15, will introduce the new Dracthyr race and Evoker class, along with the Primal Storms pre-patch event, ahead of the full expansion’s release on November 28. For more on Dragonflight, check out our hands-on impressions with the Dragonflight alpha.