Going out of your way to pick them up is extra important in this entry because once you’ve obtained a TM, you’ll unlock the ability to craft more of them.

While many of the Pokemon you’ll catch in the opening hours of Scarlet & Violet will be weak, this isn’t true of Pokemon caught via Tera Raids. They are typically higher level than your team, come with great movesets, and even have unique Tera types, potentially giving them a competitive advantage that normal Pokemon of that type have access to. Because of this, whenever you see a shining pillar of light in the overworld, you should go towards it.

You can also access special Tera Raids in the multiplayer menu, with a special Eevee raid running from Nov. 25-27 and a Charizard one running Dec. 2-4 and Dec. 16-18. Don’t miss out!

Early on in the game, after you’ve visited the school and experienced the game’s very small introductory time jump, you’ll be given access to the open world. Whether you want to tackle the gyms like the classic Champion-in-training or you want to do something else, it’s worth prioritizing finding the Titans.

This is because your legendary mount’s abilities will be expanded each time you do. The ability to swim, glide, and others will all be unlocked through this questline, meaning you can gain early mastery of the open world by prioritizing it. Happy hunting!

Make liberal use of the R button’s Auto-Battle functionality to level up your team quickly and easily. Not only that, but you’ll get plenty of TM crafting materials. Leveling up your team is even easier if you’ve been using Surprise Trade to get fast-growing Pokemon from others. Because of this, you should also pop over to the Bug Gym in Cortondo, west of the school, because it’s a quick and easy gym that also ensures Pokemon 25 and below will obey without question. 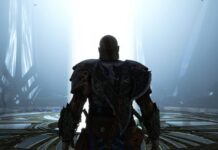 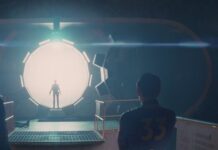