Saints Row has made its return, giving players a new sandbox to cause chaos in. This time that sandbox is Santo Ileso, a southwestern town set out in the desert. While there is plenty to discover while traversing the streets of Santo Ileso, if you want to get around town quickly you will need to find and unlock fast travel points. These points can be unlocked by finding specific monuments or landmarks to take a photo of. Once you unlock your base of operations at the Church, it unlocks a fast travel point there. Here are all the landmarks we have found so far. 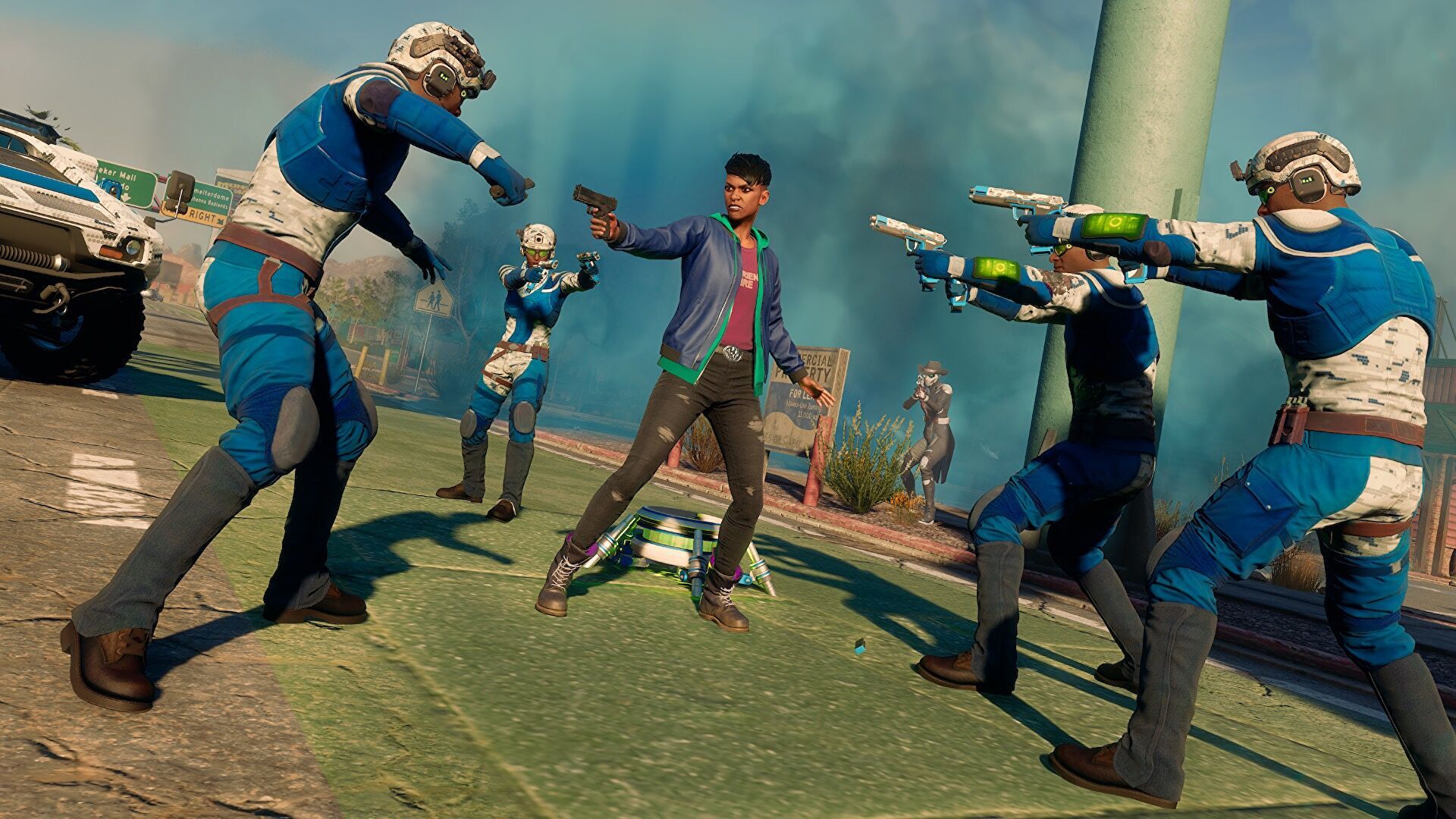 The Bear Lake fast travel point is located in Marina West, which is in the northern section of the map. In the northern part of Marina West there is a small lake, which is visible on the map. Head to that lake and take a picture of the bear statue that has a small rabbit in front of it.

Panther Rock is a massive mountain shaped like a panther. Located in West Providencia, which is in the central part of the eastern half of the city. The mountain is located right off the main highway and is hard to miss in the daytime.

The Lone Wolf Motel statue is located in the Badlands South, which is in the southeastern part of the map. The motel is located off a small section of water at the intersection of two roads, sitting on top of a small rock.

The Cactus Bill statue is located in the Lakeshore South area, which is in the northeastern part of the city. There is a park area indicated by a circle and some overlapping roads in the area. You will need to get off the main road and into the park for this fast travel point to appear on the map.

The Twin Coyote fast travel point is located in the Rojas Desert North region. The Twin Coyote is loathed on the eastern edge of the map, but can easily be found by heading to the Twin Coyote Arcade clothing store, which is automatically marked on your map from the start of the game. The Twin Coyote statue is smaller than some of the other landmarks, but the Five Nights at Freddy’s looking statues are easy to spot.