The Callisto Protocol, the next game from Dead Space and Call of Duty veteran Glen Schofield and the debut offering from Striking Distance Studios, launches today, December 2. Reviews for the game are now online as well, painting a picture of what critics are saying about the long-awaited gruesome horror game.

Here at GameSpot, reviewer Jordan Ramee’s Callisto Protocol review scored the game a 5/10. Ramee wrote, “Some genuine horror might have improved the experience of this survival-action game, but The Callisto Protocol instead leans too far into absurd high-octane spectacle, dampening the tension and adulterating the narrative core of the experience.”

The Callisto Protocol is a spiritual successor, of sorts, to Dead Space. It is Striking Distance’s first game and was originally meant to be a game set in the PUBG universe (PUBG owner Krafton also owns Striking Distance), but it later shifted away from that ambition.

It takes places on a prison colony on Jupiter’s moon, Callisto. The moon is overrun with alien enemies, and Striking Distance has cooked up some gruesome death scenarios, inspired in part by real-life grisly car crashes. On PS5, the game uses the DualSense’s controller to make the player “feel” the crunching of bones.

We’ve compiled some more reviews from around the industry below. For an even more detailed look, check out GameSpot sister site Metacritic.

“Overall, individual elements of The Callisto Protocol are just at odds with one another too often. The enemy design and melee-focused combat mechanics lend themselves to these incredibly tense and fun close-quarters brawls when you’re only fighting against a couple of targets at a time, but the game regularly locks you into frantic moshpits or frustratingly difficult boss fights instead.” — Jordan Ramee [Full review]

“The Callisto Protocol is a triumph. It’s not only a triumph because it refuses to include some of the both predatory and bloated mechanics and systems which almost seems ubiquitous in game design today, it’s a triumph because it’s an entertaining thrill ride, which reaches its goals thanks to understanding the balance between ambition and practical grasp. It’s beautiful to look at, superbly acted, nicely put together and above all it’s seeped in atmosphere and tense moments. Striking Distance and Krafton has made a damn good one.” — Magnus Groth-Andersen [Full review] 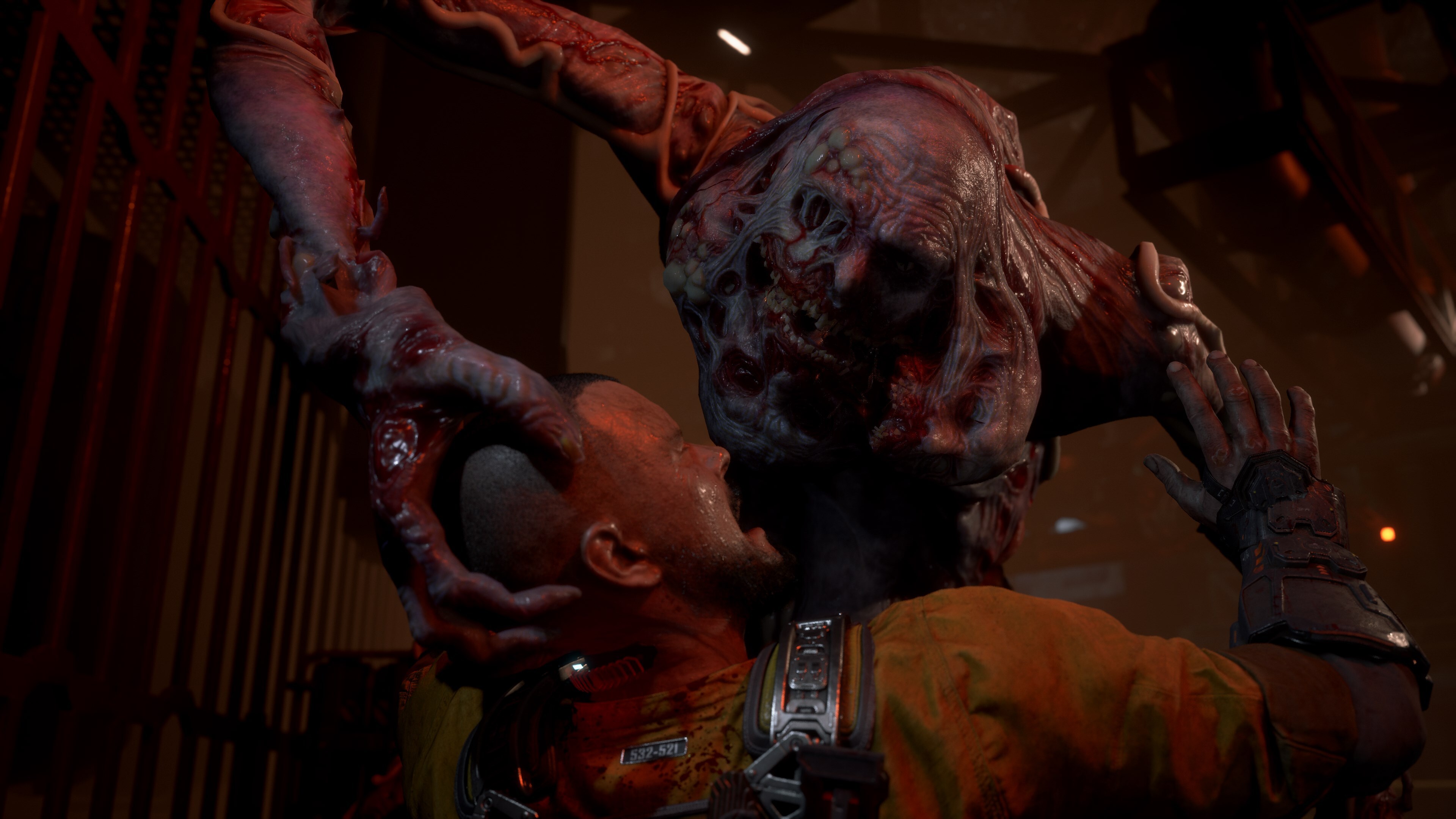 SkillUp — “I Do Not Recommend”

“Very little in the way of story, characters or horror. Oppressively linear, terrible combat that excels only in frustrating you, and absolutely woeful PC performance. It breaks my heart but sadly, The Callisto Protocol is an easy skip.” — Ralph [Full review]

“The constant fear and dread incited by the phenomenal visual and sound design are only complemented by the compelling story. The Callisto Protocol is, hopefully, the start of an exciting new franchise, and is another sign that survival horror is anything but dead.” — Andrew Highton [Full review]

“The Callisto Protocol is a satisfyingly gory spiritual successor to the Dead Space series, but it’s ultimately more of a striking modern mimic than a scary new mutation.” — Tristan Ogilvie [Full review]

“The Callisto Protocol delivers the violence, intensity and horror that lives up to its Dead Space predecessor, but with deeper strategic combat. However, a clichéd story and lack of original ideas means that it has one tentacle stuck in the past.” — Christopher Dring [Full review]

MLB The Show 23 Will Include The Negro Leagues For The...