The Winter Holiday Event Part 2 officially kicks off December 23 at 10 AM local time, and it will run until December 31 at 8 PM local time. Eevee and all of its evolved forms–Jolteon, Vaporeon, Flareon, Espeon, Umbreon, Leafeon, Glaceon, and Sylveon–will see new holiday forms added to the game, though the only way to see an evolved form in a festive hat is to evolve an Eevee wearing said hat. 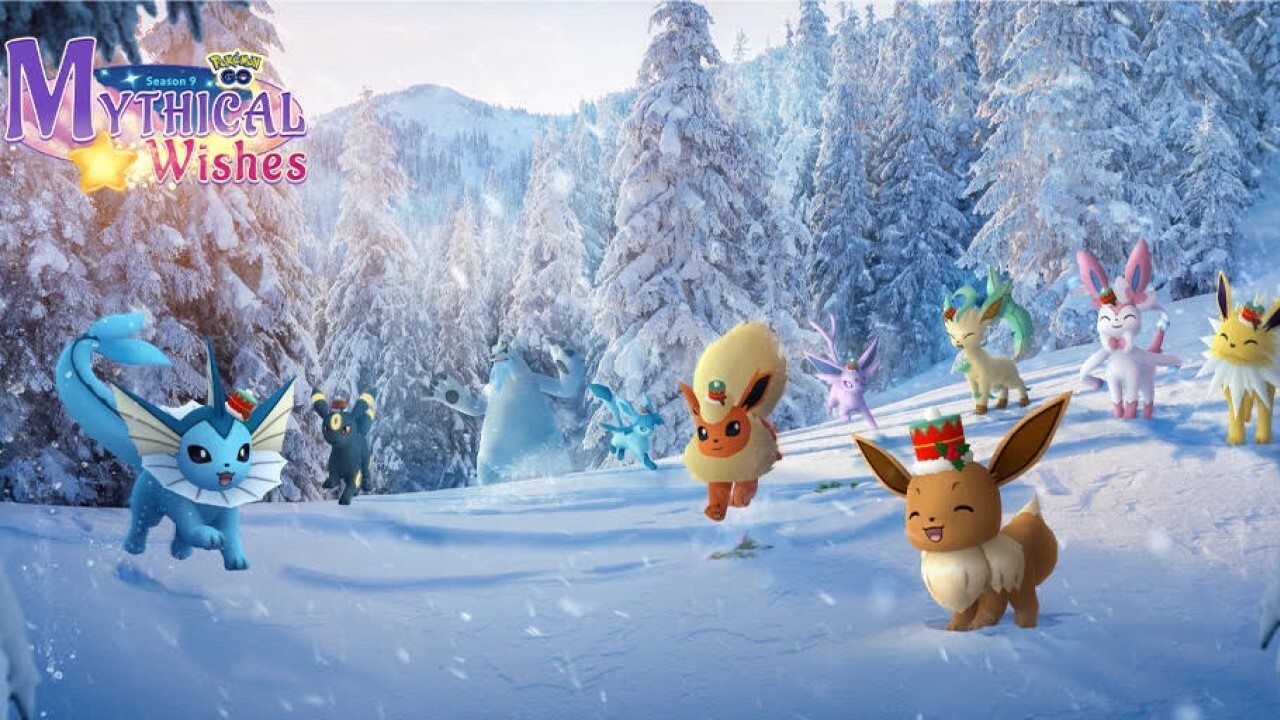 Eevee and its pals will soon be donning special holiday-themed hats.

All of the Pokemon available during Part 1 will remain in the game for Part 2, including Mega Glalie in Mega Raids and the special Winter Carnival Pikachu variant in one-star raids. A special Event Research ticket will also be available for $5, which will give players access to special quests that will focus on event-themed Pokemon encounters, as well as extra rewards for completing them.

Pokemon Go is available to download now for free on both iOS and Android devices.