Blizzard has revealed Battle for Olympus, a new limited-time mode for Overwatch 2. The upcoming event will take place from January 5 – 19, and based on the name, it’ll fit the Greek mythology theme seen in the ongoing Season 2.

The trailer opens up with the following heroes, all in Greek skins: Junker Queen, Roadhog, Pharah, Lucio, Ramattra, Widowmaker, and Reinhardt. Following that is a quick montage of all the heroes with the words such as “Unleash The Power Of The Gods” appearing on the screen. Players will also be able to earn rewards by playing in this event.

Based on the trailer, in this limited-time mode, each of the heroes previously listed will have additional powers based on specific Greek gods when their ultimate is activated. For example, near the end of the trailer Junker Queen is shown off in her Zeus-inspired skin, running toward enemies while attacking them with lighting. At the same time, Widowmaker is displayed in her Medusa-inspired skin turning Reinhardt into stone while aiming at him with her scope. 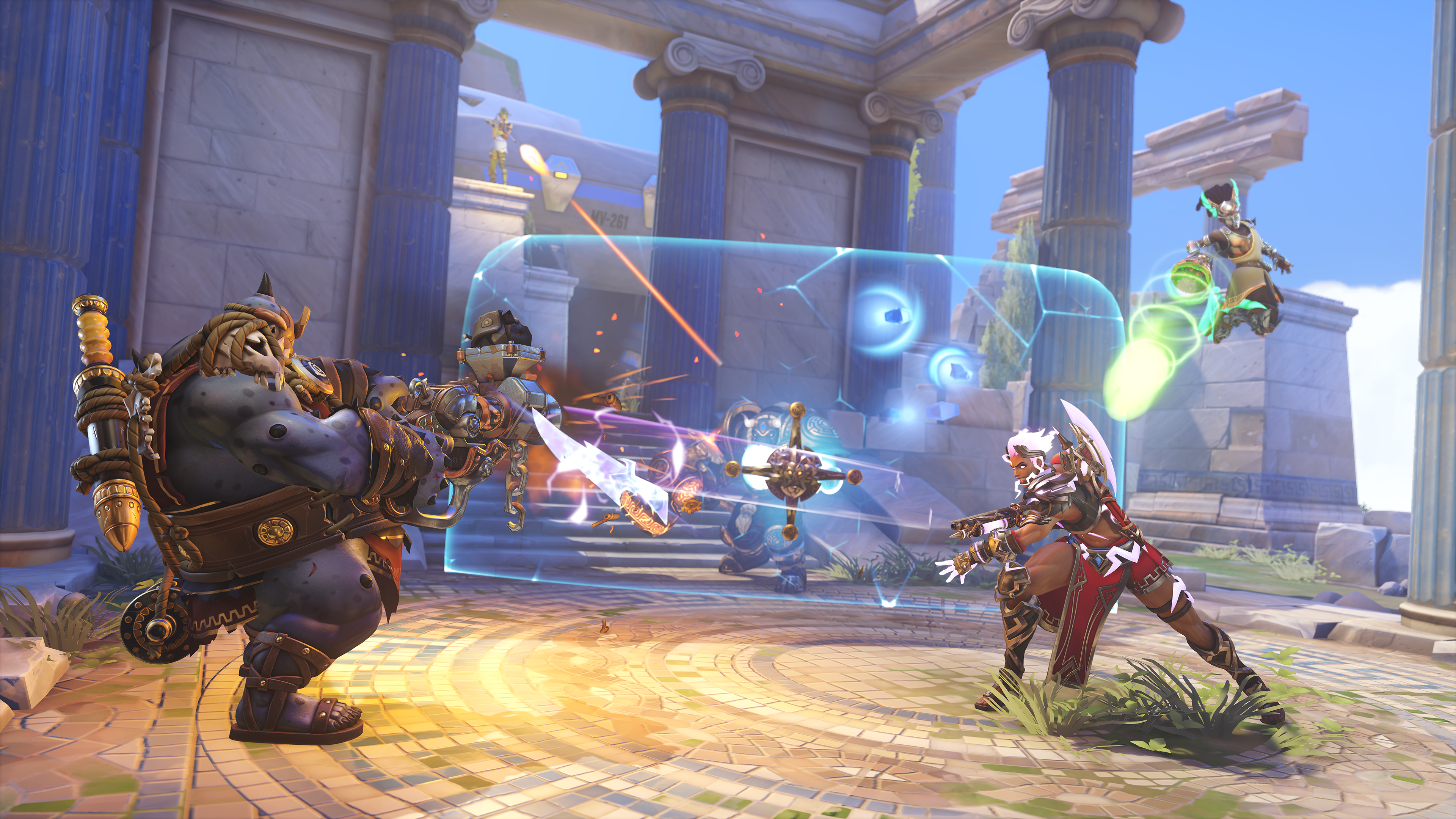 The Hierarchy of Olympus is about to change.

Overwatch 2 is a free-to-play game. You can download it on the Xbox One, Xbox Series X|S, PlayStation 4, PlayStation 5, Nintendo Switch, and PC.

For more GameSpot news, be sure to check out these stories: