Another explosion of indies is coming to Nintendo Switch owners as Nintendo has announced a new Indie World presentation for this Wednesday, November 9.

The presentation is scheduled to begin at 9 AM PT / 12 PM ET on Wednesday, and it will run “approximately 25 minutes” according to the official announcement. No specific games were mentioned to be part of the presentation, nor have any indie developers confirmed their participation as of this writing.

The Nintendo Indie World November 9 showcase can be viewed both on the official Indie World hub page as well as Nintendo’s official YouTube channel. Individual trailers for all of the games revealed will also be uploaded to the official Nintendo channel as they debut during the showcase.

The most recent Indie World showcase aired on May 11, and it included announcements for Ooblets, Gunbrella, Silt, Another Crab’s Treasure, and more. The May 11 showcase also featured a number of surprise same-day releases, including Mini Motorways, Gibbon: Beyond The Trees, and Opus: Echoes of Starsong.

Nintendo’s last livestreamed showcase was the September 13 Nintendo Direct, which revealed Fire Emblem Engage and Octopath Traveler 2 for the first time. This showcase was also where the next entry in the Legend of Zelda franchise was officially named The Legend of Zelda: Tears of the Kingdom. 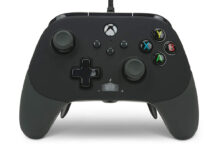 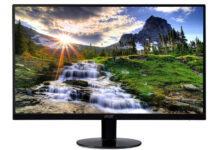 Get This Acer Monitor For Only $80