Like previous games in the series, Need for Speed Unbound will feature an official soundtrack of licensed tracks for when you get tired of hearing your wheels perform a burning rubber concerto. There’ll be more than 70 tracks in Need for Speed Unbound, with the playlist including A$AP Rocky, Kelvin Krash, Slowthai, Smooky MarGielaa, Thoto, and more in a collection inspired by global hip-hop artists.

“The most immediate thing that players will notice is the emphasis on global expressions of hip-hop,” senior brand manager Chase Straight explained in a Need for Speed blog post. “Nearly half of our soundtrack is non-English, putting a spotlight on art and artists that are making waves in their region of the world that we hope to give a global platform to.”

Beyond the licensed tracks, there’ll also be an original score composed by French electronic and hip-hop producer Brodinski. Games audio director Nathaniel Daw added that the game’s various musical contributions are designed to amply its connection to street racing culture, while also injecting energy into each race with precision timing.

Need for Speed Unbound launches on PS5, Xbox Series X|S, and PC on December 2, and looks set to be a visual departure from previous entries in the racing franchise. The anime-influenced graphics can be enhanced with graffiti-like driving effects and you’ll also be able to create four-wheeled crimes against art with the game’s customization tools. 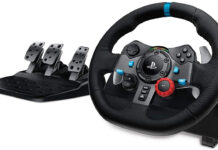 Get Harvestella On Nintendo Switch For $50 Right Now

Digimon Survive Is Just $17 At Amazon For Black Friday

Get All The Switch Accessories You’ll Ever Need With This Black...

One Of Logitech’s Best Racing Wheels Is Half Off For Black...

Get Harvestella On Nintendo Switch For $50 Right Now

Get All The Switch Accessories You’ll Ever Need With This Black...