If you’re a gamer of a certain age, you likely have fond memories of playing your favorite retro console in front of a boxy TV. However, while many gamers have kept their old consoles around–or bought them back from garage sales and eBay auctions–CRT (cathode ray tube) TVs are largely an abandoned relic of the past. You can likely find dozens of examples gathering dust at your local thrift store, garbage dump, or perhaps even your grandmother’s house. But are they actually worse than your cheap LED replacement, or do they deserve a second chance at life? According to the enthusiasts who work tirelessly to repair them, they’re more than just a relic–they’re the best way to play decades of classic games.

When CRT enthusiast Steve Nutter plugged in his old consoles to show his young son the games he grew up on, he was utterly dismayed by the results. His beloved N64 games looked awful on his LCD TV, with washed-out colors, a flickering image, and a tremendous amount of input lag. He turned to the internet for advice, where he found out one of the worst-kept secrets in retro gaming–that an old TV is essentially required for any original console setup.

Luckily, Nutter had an old Toshiba lying around, which he was able to resurrect for his nostalgic purposes. As a trained engineer, he found himself compelled by the intricate machinery of these displays. He would watch YouTube videos made by hackers and phone “phreakers” who enjoyed playing around with the machines, slowly gathering his base of knowledge. Over time, Nutter’s interest in CRTs grew to such an extent that he started scanning Craigslist and bidding on eBay auctions, searching for the truly desirable CRT displays like the Sony PVM and BVMs. And one day, his luck changed: a high-end PVM was on sale for a reasonable price only a short drive away. What he found changed his life almost overnight.

“I found a local seller who was a CRT recycler,” Nutter explains. “When I went to pick it up, I saw that they had 25 PVMs just sitting in a warehouse. This was in 2015, back when they were getting recycled from hospitals and medical clinics. The owner explained to me that they had issues finding enough space to store them. When I told him that I wanted to buy them all, as far as he was concerned, I was doing him a big favor.” 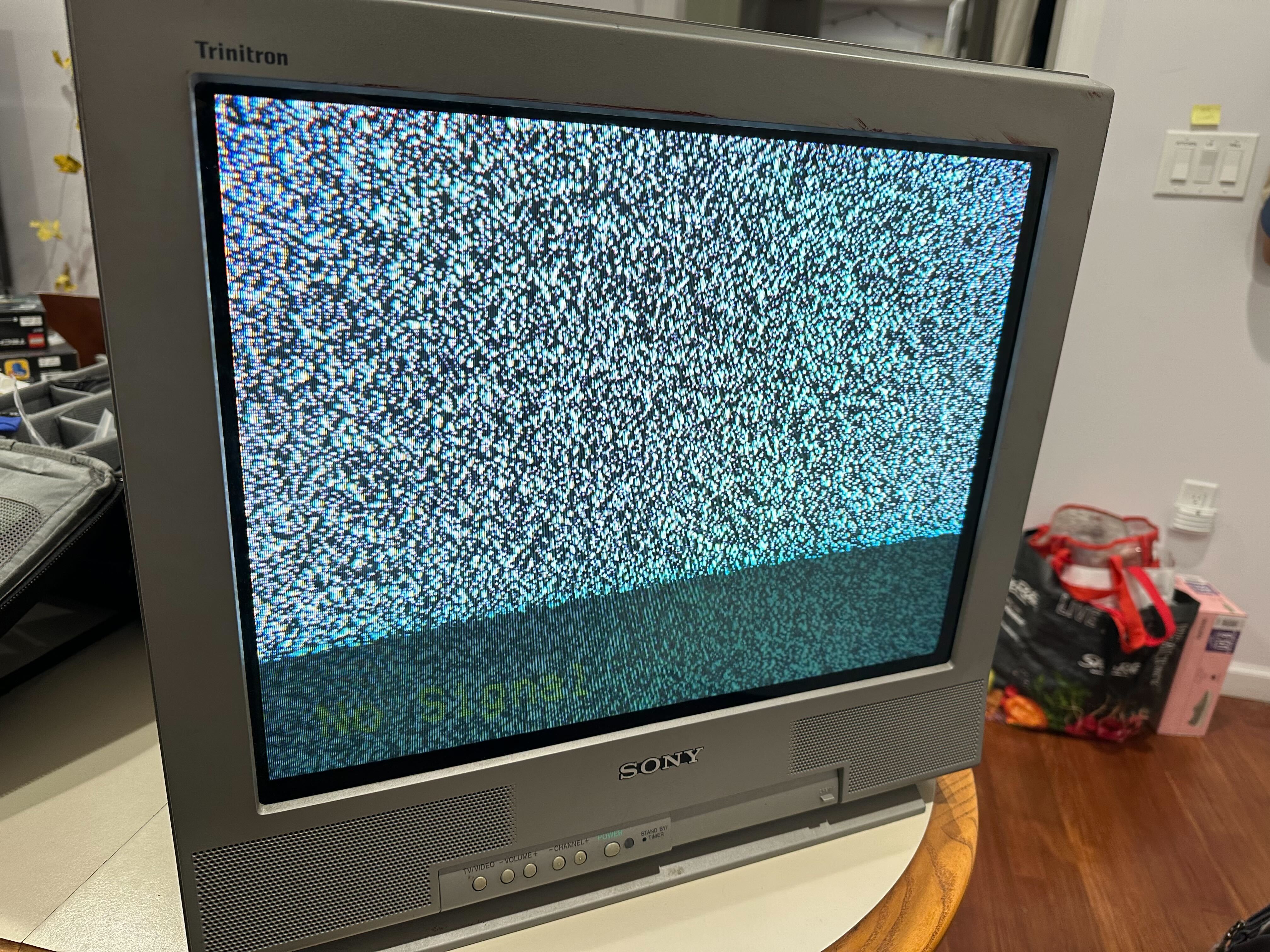 Sony Trinitrons are among the most desirable consumer-grade CRTs.

When Nutter brought the dozens of boxes back to his garage, he quickly realized that most of them had significant issues. Some wouldn’t even turn on. That’s when he decided to learn how to fix them as best he could, if only to recoup some money for his spur-of-the-moment investment.

“When I started, I was sitting in a room surrounded by PVMs, and I thought, ‘Who is going to want to buy all these?’ I thought I had made a big mistake. But once I started working on them, suddenly everyone wanted them.”

What makes a high-end CRT like a PVM or Trinitron better than your childhood Zenith? As Nutter puts it, it’s all about the use-case. PVMs and BVMs are professional-grade monitors intended for broadcast use in a workplace setting, like a hospital or TV studio. These boxes are designed to do things that consumer TVs simply can’t, especially in terms of color adjustment and scanline customization. Over the years, knowledgeable sources like Digital Foundry have shown that top-of-the-line CRTs are amazing for modern gaming, though there are certain drawbacks. However, Nutter does acknowledge that some PVM sellers can take advantage of less-knowledgeable customers by charging inflated prices for well-worn sets.

“There’s definitely an element of hype to it,” Nutter says. “But a properly-adjusted PVM is the climax of 100 years of analog video technology working together. It’s sharper, it just looks better. The problem is that many PVMs are not in the best condition, which means that they’re not worth what people pay for them…People come to me with damaged PVMs that they spent hundreds of dollars shipping across the country.”

Today, Nutter is a full-time CRT repairman who specializes in high-end or exotic boxes, from PVMs to forgotten models from Asia. However, he also spends time tinkering with more mundane consumer models, often just for the fun of it. His clients mail, drive, and hand-deliver their CRTs to his garage in Virginia, where he fixes an average of one TV per weekday. (His current backlog extends well into 2023.)

He documents the repair process with photos, so that the client knows exactly what he did. Nutter explains that he’s worked on too many expensive CRT sets that show signs of shoddy or incomplete workmanship over the years to not write down everything he does, and why exactly he’s doing it. Of course, he also posts the resulting documentation to his Patreon, where he hopes his subscribers can learn from his mistakes–perhaps even enough to fix their own CRTs without his help.

Nutter isn’t the only CRT expert trying to help others learn the dark art of tube repair. Andy King is the owner of CRT Database, a free web resource dedicated to gathering as much information about these boxes as possible. The site has guides on how to mod many of the more popular CRT brands out there, from Sanyo to Toshiba. It also features a guide to adjusting any CRT’s color settings, which is useful for any retro gamer. King compares the experience of buying a PVM to getting the keys to the Ferrari that you dreamed about driving as a kid.

“None of us were using broadcast monitors to play our games when we were kids,” King says. “We were using hand-me-down bedroom TVs… If you’re looking for an exact 1:1 nostalgic recreation of your childhood, a PVM is not a worthwhile investment. However, some of us are looking to build on that nostalgic experience by finding the best technology that was capable of playing those games.” 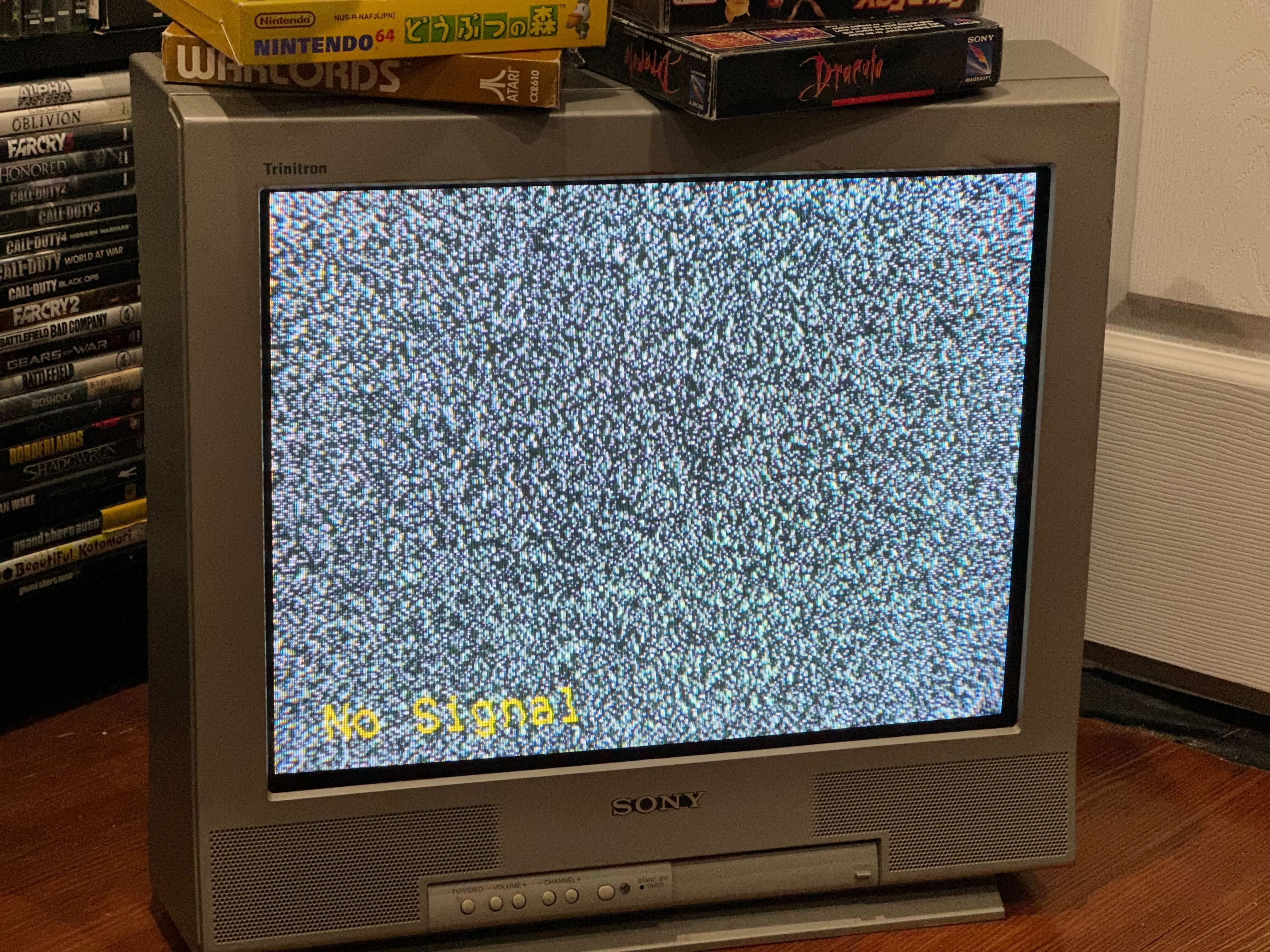 Desirable CRTs are often the centerpiece of retro setups, but they work great for modern games, too. They may require modding to work, however.

Both Nutter and King describe themselves as entirely self-taught; after all, there’s no course that can teach you to comprehensively fix these old machines. Nutter says that he started his journey with a scanned copy of an old PVM manual, which has dozens of pages of troubleshooting advice. From there, he was able to learn the basics of CRT repair from old books and ancient personal webpages. Nutter explains that most of his job boils down to fully disassembling each box, pulling out all the circuit boards, and replacing burned-out capacitors on each board.

“The average CRT that someone brings me needs a few new capacitors, and maybe a good cleaning,” Nutter explains. “There’s also the whole adjustment-side, where I balance the colors and the deflection, which is how the geometry looks on the screen. The average job is working through all those steps and photographing the results. That’s basically it.”

King explains that CRTs that refuse to turn on are often the most complicated to remedy. Though he can sometimes fix them in an hour or less, a particularly nasty issue can take months to resolve, especially if there isn’t much in the way of documentation.

Though Nutter’s main focus is retro gaming, the utility of his expertise extends beyond that realm. For example, there are many video art installations from the 20th century that were designed to display on CRTs–sometimes an entire wall of boxy TVs, like in the works of Nam June Paik. This means that museums have to hire repairmen like Nutter and King to maintain their displays for the years to come. Nutter even gave a seminar on the topic at the Houston-based Museum of Fine Art. He also has clients who provide CRTs as part of the set design of period dramas, such as Stranger Things, or even music videos.

Nutter says that there are several repairmen who specialize in repairing these art exhibits, but most are retired. However, that doesn’t stop Nutter from calling one of them, a former Sony tech in his ’90s, for help with particularly difficult problems. “I can sit there and try to figure out a problem for an entire week, or I can call him, and he’ll tell me what to do in ten minutes,” Nutter says, with a laugh. “They weren’t sharing this information on the highest-end machines with anybody. It’s amazing what he knows.”

Overall, while Nutter and King acknowledge the hype and FOMO that surrounds high-end CRTs like PVMs and BVMs, they both agree on one thing: If you want to play some retro games, you don’t need to splurge on a desirable model–at least not right away.

“You can get the best features of a CRT from a set you find off the side of the road,” Nutter says. “With the right console and the right cables, it can look great. Zero latency, a bright image, playing the games on the hardware they were designed for. That’s really all that should matter. If you want a PVM, that’s great. Just know what you’re getting into.”