A new season of Marvel Snap is nearly here. Marvel Snap has had an extraordinary public release, with the game already eclipsing more than five million downloads and $2 million in revenue. The game’s newest season is right around the corner and ends the Symbiote Invasion season that was themed around Spider-Verse with Miles Morales at the forefront as the newest card. Instead, it’s Black Panther and other ‘Warriors of Wakanda” making their debut. Keep reading for everything you need to know about the newest season, start time, boosters, battle pass, new card, theme, and more.

The new Marvel Snap season will start at 7 PM PT / 10 PM ET on November 7. Yes, that’s today! At this time, the Miles Morales card at the center of the outgoing season is expected to join Pool 3 while a new card takes center stage.

Similar to previous seasons, at least one new card, along with cosmetic variants, is expected. According to teases found online, including the App Store on iOS devices, the season will be themed around Black Panther–likely no accident when you consider the new Black Panther sequel, Wakanda Forever, will hit theaters very soon.

Marvel Snap already has several Black Panther-related cards such as M’Baku, Okoye, Nakia, and Killmonger. Through data miners of the game, it’s all but confirmed that the new card will be Black Panther.

Similar to the Symbiote Invasion season, during which previous cards such as Spider-Woman and Carnage received new Variants, more cosmetic variants are expected for Warriors of Wakanda.

Dataminers have found that Nakia, Hulk Buster, and Okoye–all of which are cards currently in the game–will have new exclusive art to commemorate the Black Panther-themed season.

The new character icons will be Nakia and Black Panther.

There are currently no confirmed details on the new season pass, but if it is anything like the Symbiote Invasion, Gold, Credits, and Variants are all expected–this time–of the Black Panther cards, a new card back alongside Boosters will be up for grabs.

For more on this year’s superheroic mobile and PC game, check out our Marvel Snap review, tips and tricks for beginners, and our best decks to ensure victory. 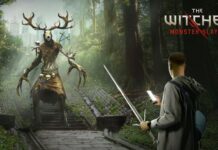 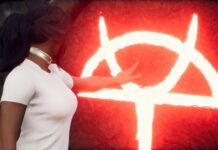 Where to find the Elemental Rods in Marvel’s Midnight Suns Pokemon Scarlet And Violet: How To Evolve Bisharp Into Kingambit

Where to find the Elemental Rods in Marvel’s Midnight Suns