Immortality, the latest game from Telling Lies director Sam Barlow, is now available on mobile via Netflix. Developer HalfMermaid had announced back in August that the game would be making its way to Apple and Android devices, as soon as the studio felt confident that Netflix members could get the “best possible experience” on those platforms.

Released earlier this year, Immortality is focused on solving the mystery behind the disappearance of fictional actress Marissa Marcel by scrubbing through footage of her film appearances to find clues to her whereabouts. Like other games from the Netflix library, these are full downloads and aren’t streamed onto your mobile device. For Immortality, expect this narrative-heavy mystery to take up 12GB of space on your device.

“The latest game from Sam Barlow and Half Mermaid builds on what you’ve come to expect while also subverting its own genre in clever ways,” Mark Delaney wrote in GameSpot’s Immortality review. “It’s similar to its predecessors, Telling Lies and Her Story, in some key ways, but more thought-provoking, too, and certainly more unnerving than you’ll be prepared for.”

Netflix’s gaming section, which it launched at the end of 2021, has seen a major expansion throughout 2022. Available for free to subscribers, the company has focused on ports of cult-classic games such as Into the Breach and is also investing heavily in developing its own original titles.

The company has 55 games currently in development, some of which are based on existing Netflix IPs, and the streaming platform also wants to create more synergy between its media formats, similar to how the Cyberpunk: Edgerunners anime series helped boost the profile of Cyberpunk 2077 this year.

While an earlier report this year revealed that less than 1% of Netflix subscribers actually download games from the growing library, Netflix has said that it’s seeing “some encouraging signs of gameplay” that is leading to higher retention from its subscriber base. 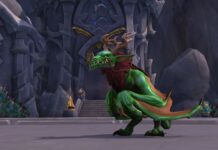 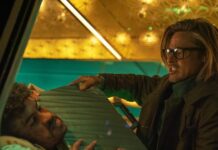