Sony’s God of War Ragnarok is a record-breaker for PlayStation. The game sold 5.1 million copies during its launch week to set a new record for the “fastest-selling first-party launch game in PlayStation history,” the company announced on social media.

This covers combined PS4 and PS5 sales through November 13. For comparison, The Last of Us: Part II was previously the fastest-selling PlayStation game ever, moving 4 million copies in three days. Marvel’s Spider-Man sold 3.3 million copies in three days, and 2018’s God of War moved 3.1 million units over its first three days. How well those games sold through their first weeks, however, is unknown, so no direct, fair, or complete comparison can be made to Ragnarok so far.

Sony has also said nothing about what God of War Rangarok cost to produce and promote. One would have to imagine getting LeBron James, Ben Stiller, and John Travolta in a room together to promote the game came at a sizable expense.

5 million copies sold in a week sounds like a lot, but without further context it’s difficult to understand how much of a success the game was commercially. One thing that is more clear is that Ragnarok is a critical darling, scoring rave reviews across the board, including a 9/10 God of War Ragnarok review from GameSpot.

Despite Ragnarok’s fast start sales-wise, developer Santa Monica Studio has no plans to support the game with post-launch DLC.

Rangarok still has a long to way to go to catch up to 2018’s God of War, which has sold more than 23 million copies. That game also benefitted from a launch on PC. As of yet, Ragnarok has not yet been announced for PC. If it does come to PC, it probably won’t be for another year. 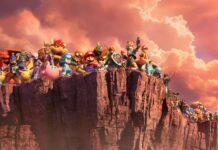