Genshin Impact’s version 3.0 update, The Morn A Thousand Roses Brings, will go live on August 24. Developer HoYoverse says that this update will add new characters and quests in the Sumeru region, which has expansive rainforest, desert, and city sections.

The big gameplay edition will be the Dendro element, the seventh and final piece in Genshin Impact’s elemental system. According to the developer, Dendro can trigger burning, bloom, and catalyze reactions when used with pyro, hydro, and electro elements respectively, with more advanced combinations also available.

As for the Sumero region, the rainforest features plants and creatures with dendro characteristics and monsters can switch between different states or attack sequences on the fly. You can expect Shroom-kin to be dominant here and a new boss enemy, the Jadeplume Terrorshroom, definitely won’t be a fun guy to tangle with. Another new Boss enemy is the Electro Regisvine, which lurks deep within the rainforest.

Dendro characters will be added to the roster of playable ones and include five-star character Tighnari, a researcher who can do charged attack and elemental burst damage over multiple phases, and Tighnari’s protege Collei, a four-star character who can obtained by completing the Graven Innocence seasonal event. 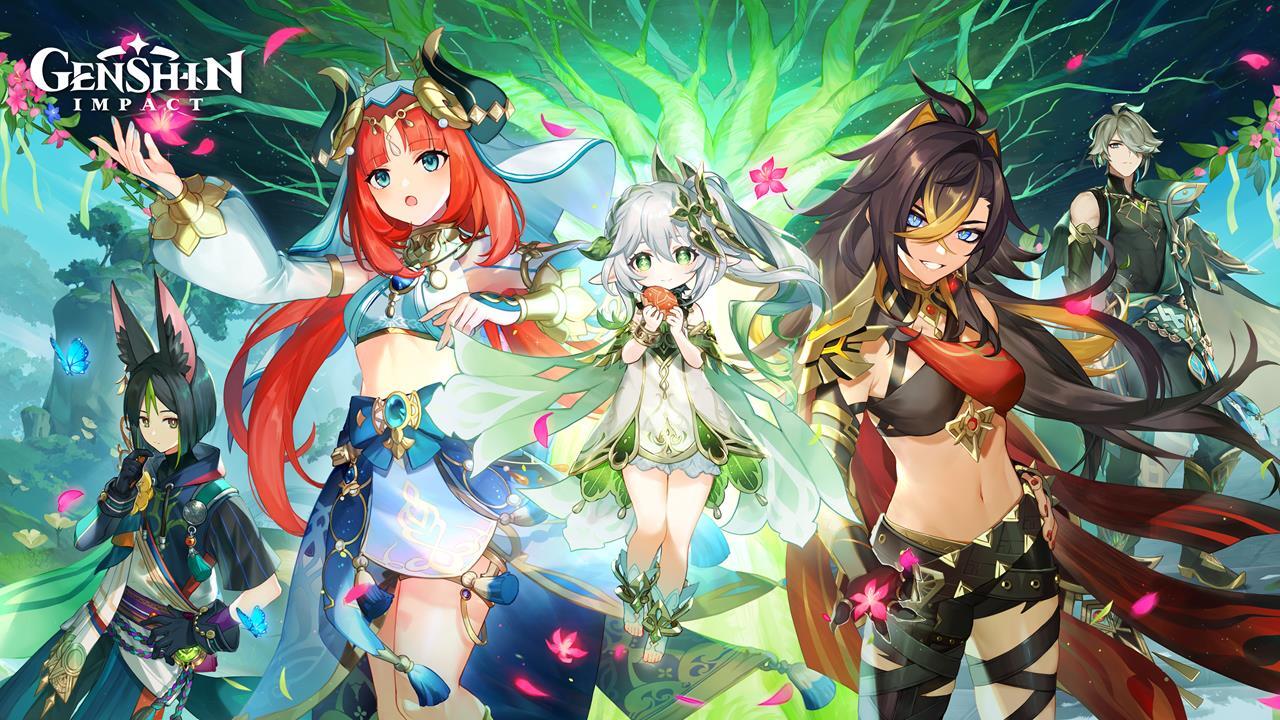 You’ll also be able to unlock the four-star Electro support character Dori, an elusive merchant in Sumeru who wields a claymore. All three characters will be available in the Event Wishes during the early half of the update and three new tools–the Boon of the Elder Tree, Ultra-Hot Burner Lamp Test Model, and Fishing Line Stabilizer–can be earned in the 3.0 update.

If you’re running the current version of Genshin Impact and looking for some excellent firepower, you can check out GameSpot’s Yoimiya guide to see what the pyromancer has to offer. Genshin Impact is a free-to-play game that is currently available on PC, PS4, PS5, Android, and iOS mobile devices. Developer HoYoverse is also working on a new sci-fi game called Zenless Zone Zero, which began fine-tuning tests earlier this month.