Genshin Impact’s 3.0 update is a big one. Titled The Morn a Thousand Roses Brings, patch 3.0 opens up Sumeru and introduces Genshin’s seventh and final element, Dendro. It’s not strictly new, since Dendro has been around since the beginning of Genshin (some Hilichurl mages are able to use Dendro)–but this marks the first time the Traveler (and by extension, us) will be able to use the element.

Genshin Impact 3.0 releases August 24. Pre-installation is usually available and will likely go live the day before release, August 23. With pre-installation, players can log-in as soon as the maintenance for the new patch is done.

Patch 3.0 will last five weeks, instead of the usual six weeks.

Dendro, according to a Sumeru preview teaser, has three key terms attached: catalysis, wisdom, and life. Mihoyo has so far revealed three of Dendro’s reactions with other elements: Burning, Bloom, and Catalyze.

As the trailer explains, there is a new system where certain overworld features and enemies will change states depending on what element you apply to it, leading to different interactions between the player and the feature in question. In combat, if you defeat an enemy in a specific state, you could even receive special rewards.

In the same teaser, players can see the Traveler hitting a mushroom with Dendro, making it bloom. The Traveler is then able to use the mushroom like a trampoline–an action showing Dendro’s potential to be an interesting tool in overworld exploration.

In line with tradition in Genshin Impact’s community, leaks from 3.0’s beta have spread online–including a complete list of rumored Dendro reactions. While most of in the info in this leak is basically confirmed in trailers and press releases, as with everything that comes from rumors, take it with a grain of salt. We’ll have to wait until 3.0 is out to confirm Dendro’s functions.

Sumeru is the land of wisdom, scholars, and the Dendro Archon. Players probably know Sumeru as the place Lisa, a Mondsadt character we meet at the very beginning of the game, attended school.

The organization known as Akademiya controls Sumeru’s state affairs. Sumerians as a whole prize knowledge and also don’t dream, something they take pride in–since they see it as proof of their rationality.

Sumeru’s environment is split into two biomes: the desert and the rainforest. In contrast to Inazuma’s jagged cliffs and Liyue’s stone pillars, Sumeru’s mountain slopes are more gentle, like those found in the tropical and humid regions, according to the devs speaking in the second Sumeru preview teaser. The forest’s flora and fauna has a unique evolution of Shroom-kins called Funi. The strongest Fungi have animalistic characteristics, including a new chicken-slash-big-bird boss.

When players enter Sumeru, they’ll encounter a city built on a giant tree and a group of forest spirits, who of course, have things they need the Traveler to help them with–the catalyst for the Traveler to discover many different regions in the Sumeru map. There’s even a mysterious giant robot wedged in-between mountains, as well as huge trees that glow.

Travelers will meet Eremites, people descended from an ancient civilization in a desert. They’re an independent force in Sumeru and can be considered mercenaries. In this vast desert, Sumeru also contains unique upside-down tornados and secret areas–including relics and enemies from the fallen ancient civilization. There’s also another giant robot in the desert as well. How the two robots are related is to be uncovered in-game.

All of the above, though, is under threat by something that is “eroding” them. 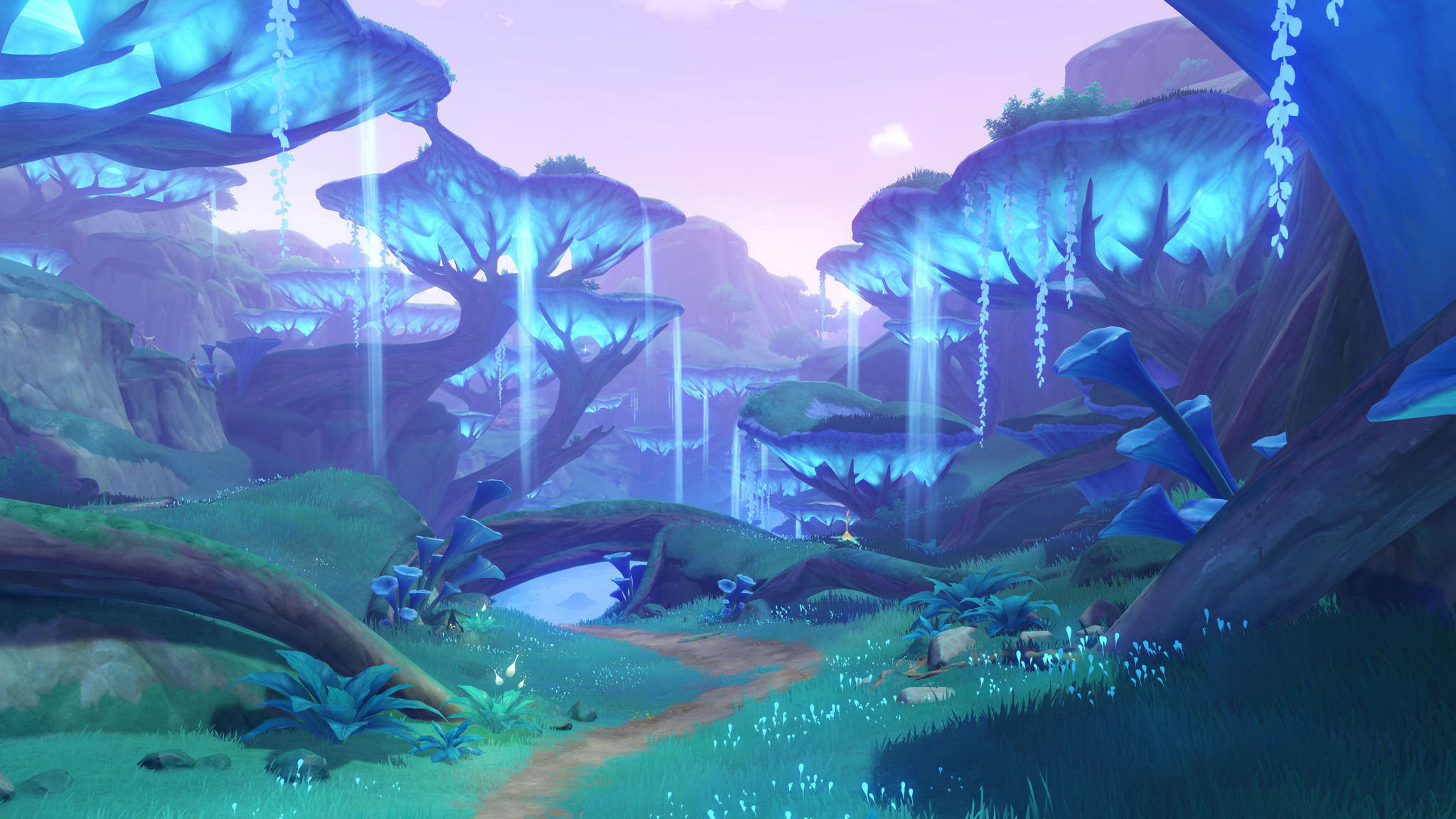 A Sumeru trailer reveals that the Dendro Archon, the Greater Lord Rukkhadevata, is directly connected to Irminsul, the great tree whose roots form leylines. She, however, disappeared in a calamity a couple hundred years ago. Sages eventually found a reborn version of the Archon–Lesser Lord Kusanali–and brought her back to Sumeru.

The 3.0 trailer also teases a festival called Sabzeruz and the reborn Archon’s birthday, where Nilou–a character who’s chosen to go down the path of art and dance in a country that values wisdom–will perform an important dance. There’s also a shadowy antagonistic force trying to bring back a god–hinted to be the past Dendro Archon–promising “retribution” for all others. The Fatui are also up to something in Sumeru as well, according to the Teyvat interlude teaser A Winter Night’s Lazzo. At the end of the teaser, a Doctor segment stands in front of a giant burning tree–likely Irminsul–and Collei, a Sumerian character, wakes up from a dream.

Another issue happening in Sumeru is something called the Withering. True to the name, Withering zones look devoid of life and the phenomenon is said to originate from the depths of the world. Rangers, as commented by the new Sumeru character Tighnari in the trailer, are likely to battle in the withering zones for quite awhile. 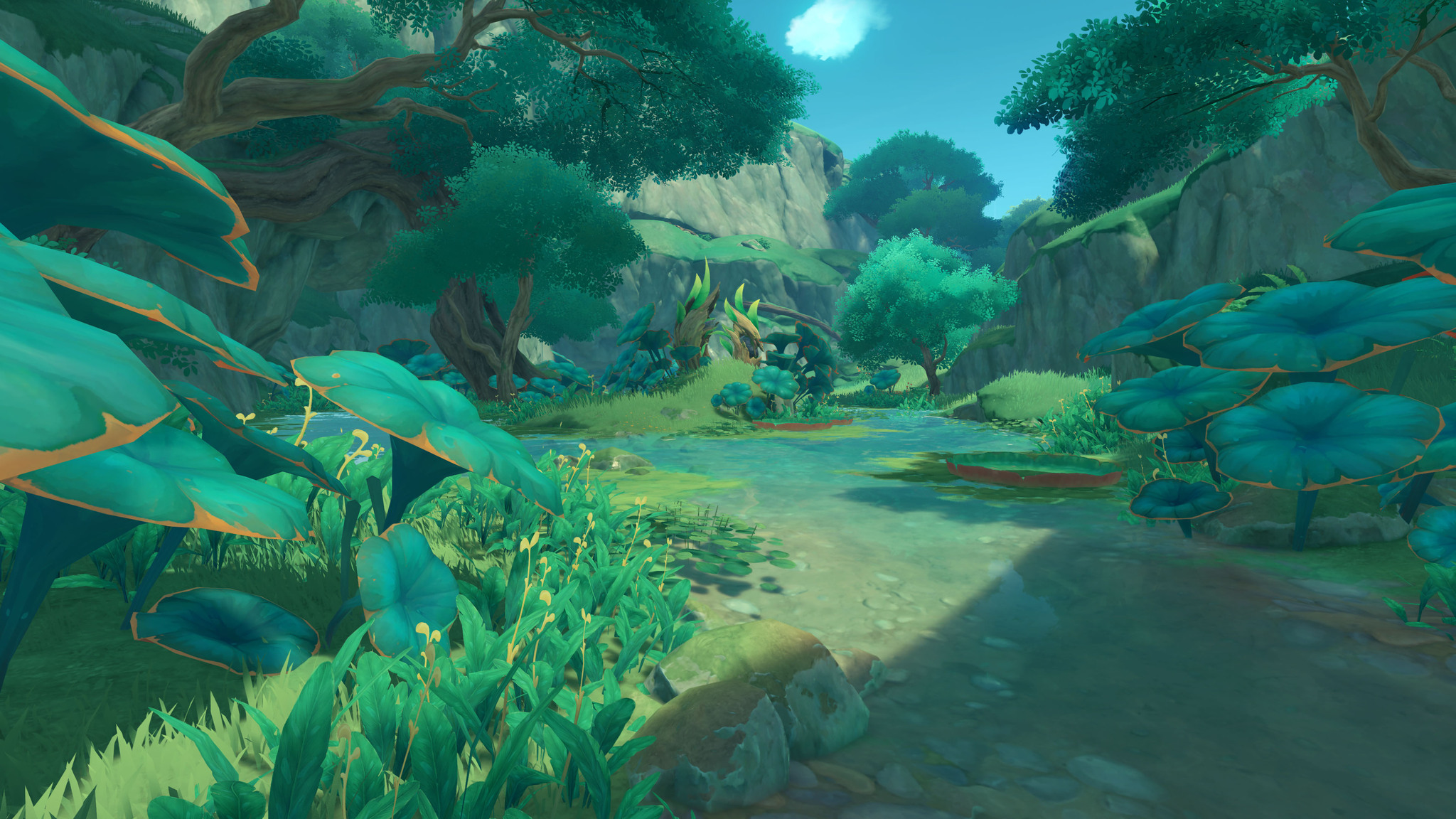 Tighnari and Collei’s abilities have not officially been revealed. But reliable leakers, like Honey Hunter, have released what their kits are rumored to be. We won’t get into the nitty gritty, ins-and-outs of their rumored kits here, but will offer a general overview.

Tighnari and Collei are on 3.0’s first banner, in addition to a returning Zhongli banner. Dori is on 3.0’s second set of banners–Ganyu and Kokomi reruns–which will appear in the event’s second half. Collei can also be obtained for free from the Graven Innocence event. 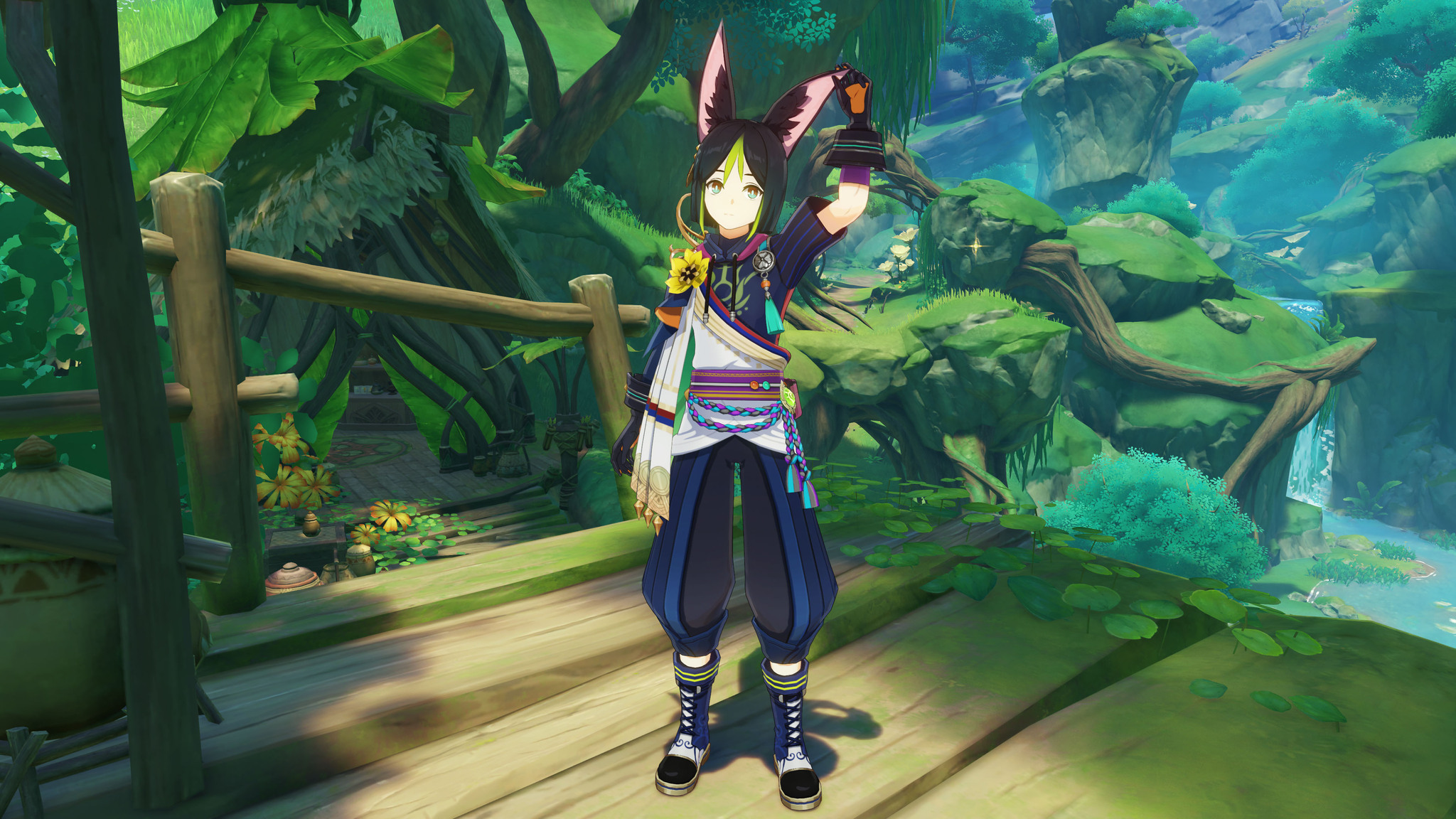 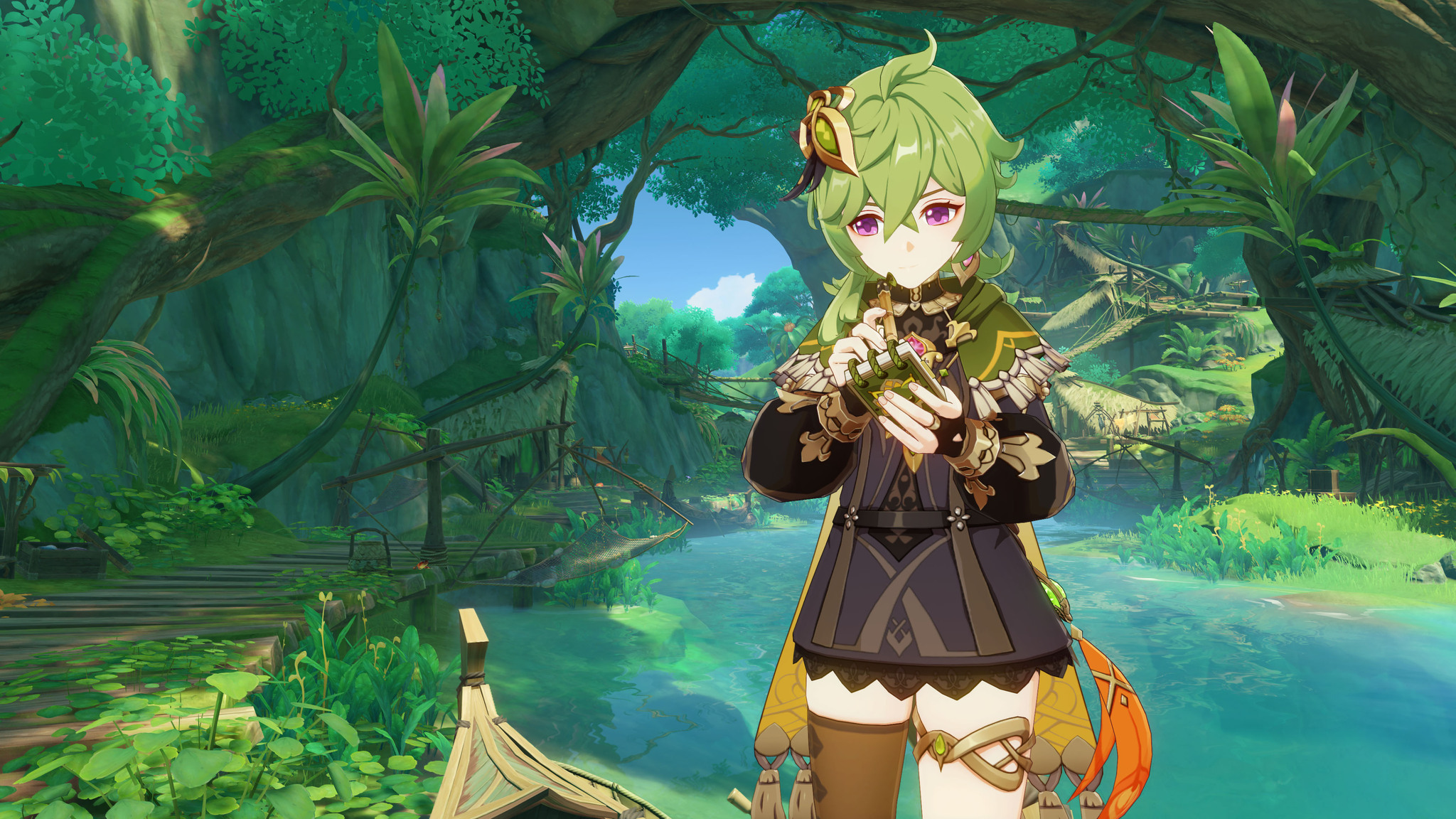 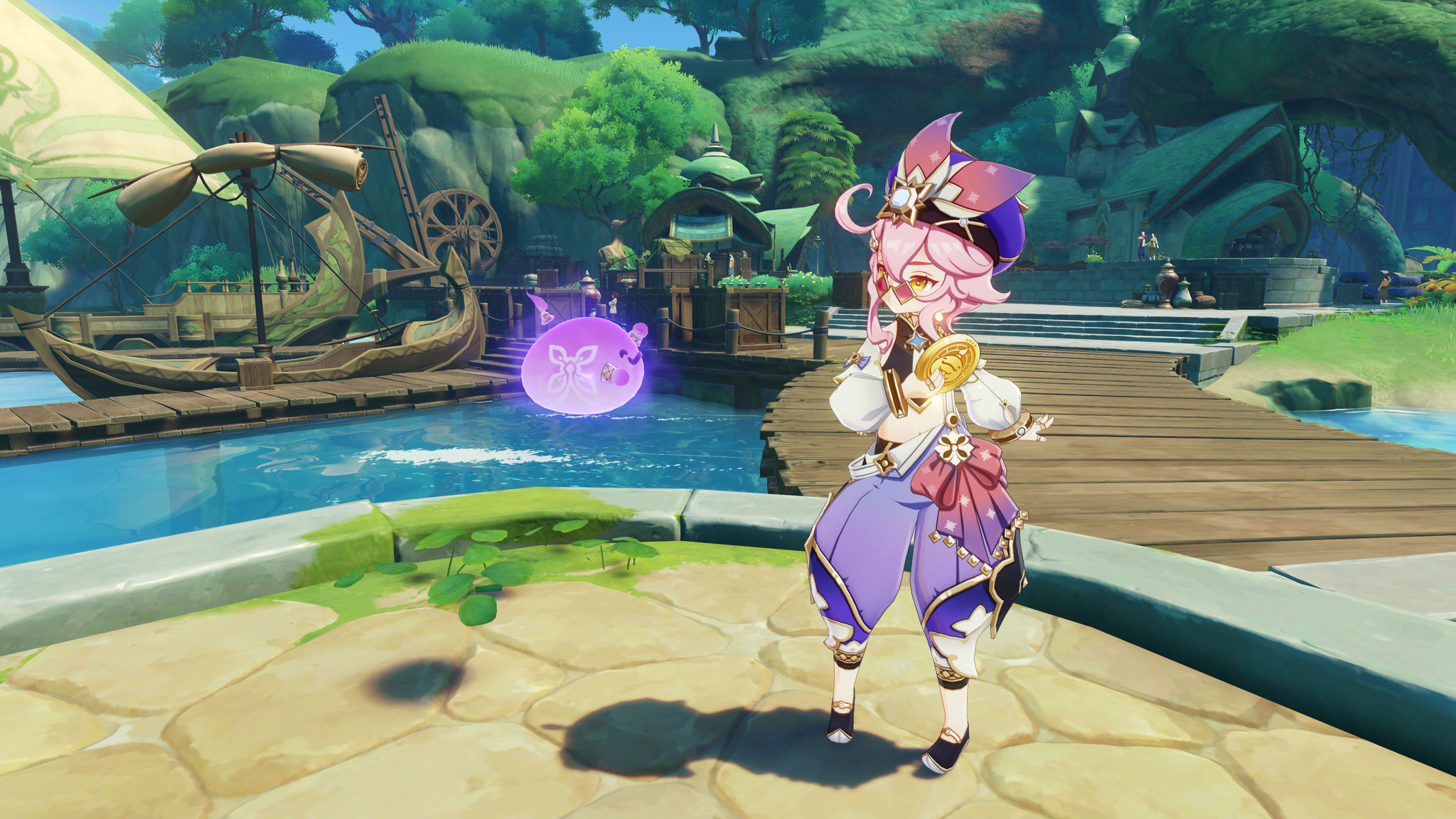 These are the usual timed combat challenges with combat score multipliers for different selected battle conditions. There’s character buffs too, for example, your current active character can receive a 110% Hydro damage boost. Rewards include primogens and the usual resources like EXP books, gold, character talent level-up materials, and more.

This event is treasure hunting, and players can uncover Chests after defeating enemies.

This one is slightly new, unlike Lost Riches which we’ve seen in past Genshin updates, in that it’s a combat challenge where players can take potions and deal a lot of damage to enemies by capturing their weaknesses.