GTA V had been shipping multi-millions worth of units every quarter since launch all the way back in 2013. In fact, this latest quarter was GTA V’s worst of all time based upon the number of units shipped during a single quarter.

Despite the downturn in GTA V shipments, the game exceeded Take-Two’s revenue projections, the company said. While GTA V unit sales may be slowing down, the game’s multiplayer mode, GTA Online, continues to perform well and bring in additional revenue from microtransactions.

Looking ahead, Take-Two said Rockstar will continue to update and support GTA Online throughout the fiscal year with “additional major content updates, alongside popular annual seasonal-themed offerings, and more.”

GTA V was originally released in 2013 for PlayStation 3 and Xbox 360, and it was later brought to PC, PS4, and Xbox One. In March 2022, the game was released on PS5 and Xbox Series X|S. It has never been released on Nintendo Switch. The entire GTA series has reached 385 million copies sold.

Given that GTA V shipments are slowing down, people may naturally be wondering when GTA 6 could be released to help reinvigorate the franchise outside of GTA Online. Take-Two still hasn’t said, or even indicated, when GTA 6 could be released. In fact, very little is known about GTA 6, but rumor has it that the game will feature two lead characters, one of whom is a Latina woman.

The game is rumored to take place in Vice City on a map that will continuously expand over time. GTA 6 suffered an unprecedented leak earlier this year that Take-Two’s CEO says was “terribly unfortunate.” 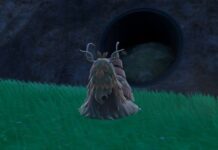 Call Of Duty: How To Get A Tactical Nuke In Warzone 2

How To Evolve Finizen Into Palafin In Scarlet and Violet

How To Evolve Dunsparce Into Dundunsparce In Pokemon Scarlet and Violet

Call Of Duty: How To Get A Tactical Nuke In Warzone...