If you’re a magic user in Elden Ring but you still enjoy using a shield, too, you may benefit from Scholar’s Shield, which can boost your shield’s damage negation. Luckily, it can be purchased extremely early in the game for a relatively low cost, and we’ll tell you precisely where to find the NPC that sells it.

Scholar’s Shield is a sorcery that requires 12 Intelligence to cast. By casting the spell on a shield, it will improve its damage negation.

One of the glintstone sorceries of the Academy of Raya Lucaria. Fires three magic shooting stars that pursue the target. This sorcery can be cast while in motion. Charging enhances potency. A sorcery of the Olivinus Conspectus, which attracts sorcerers from Sellia, Town of Sorcery.

Where to find Scholar’s Shield

Scholar’s Armament can be purchased from Sorceress Sellen, who resides within Waypoint Ruins in Limgrave. The spell costs 2,500 runes, and she will sell it by default, so you don’t have to give her any of the scrolls found throughout the game in order to purchase it. 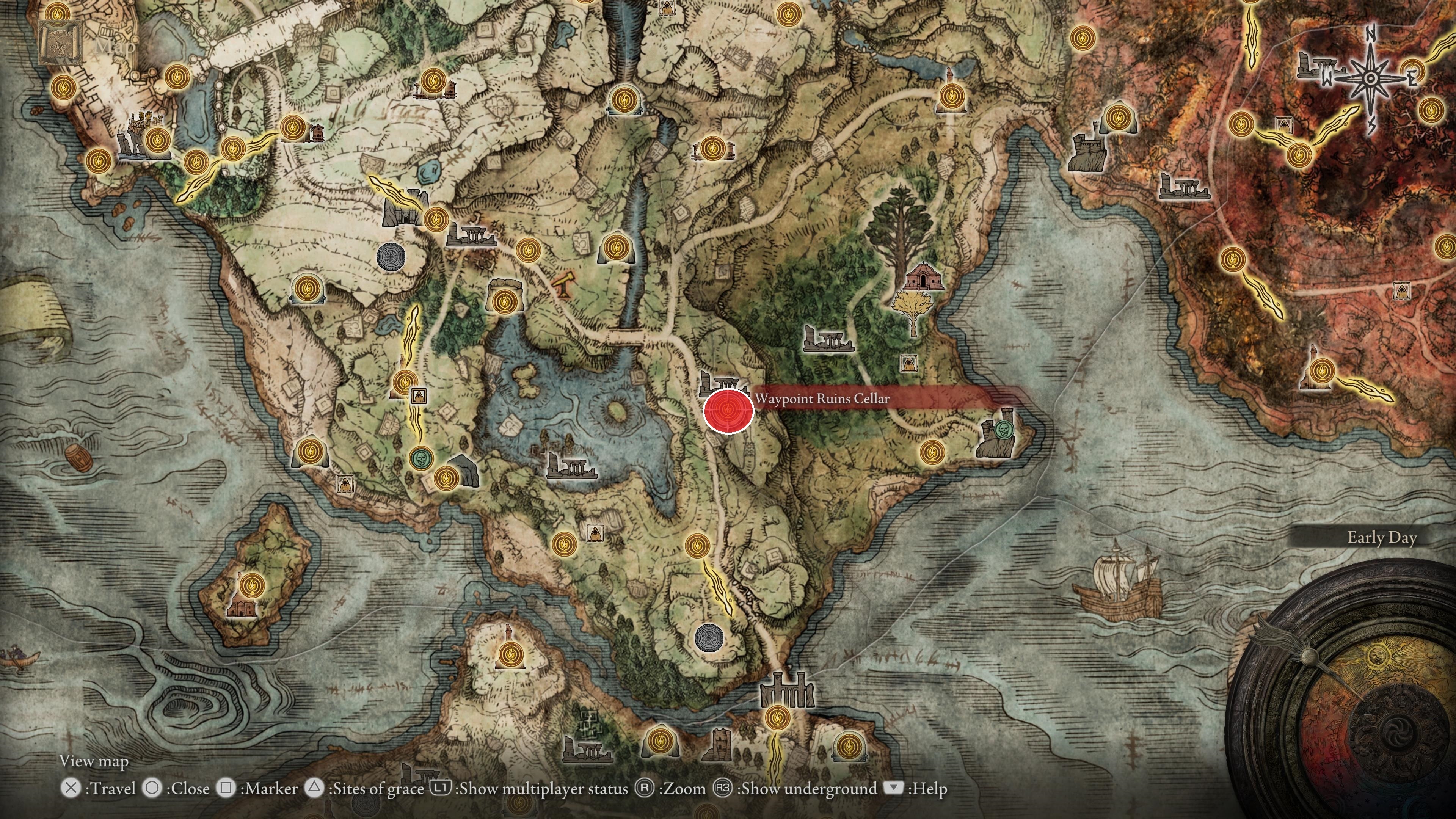 Waypoint Ruins can be accessed immediately upon exiting the tutorial. Simply head directly east of Agheel Lake to come across them. Due to the middling threat of nearby enemies, you’ll be fine there even at low levels.

When you arrive at Waypoint Ruins, descend the set of steps in the center to find yourself in a cellar. Once you cross through the fog, you’ll face the Mad Pumpkin Head boss. Don’t worry, however, as he’s extremely easy so long as you remember that his head is immune to damage. Just beat him senselessly on his backside or stomach until he’s defeated, then go through the door to meet Sorceress Sellen and gain the option to buy Scholar’s Shield.

This NPC will eventually move from this spot if you follow her questline. However, she will still sell her spells regardless of her location. If you want to know more about her and where she goes, follow our Sorceress Sellen quest guide.