Are you tracking down every spell in Elden Ring? If so, you’ll need to give a visit to a lovable turtle NPC in one of the game’s earlier areas so that you can pick up Magic Glintblade. This sorcery has a unique use, so it’s worth grabbing if you plan to make the most of your kit in sticky situations. Read on to find out where you can obtain it.

Magic Glintblade is a sorcery that requires 14 Intelligence to cast. It summons a sigil that fires a projectile after a short delay. Due to the fact that the sigil and projectile both appear above the caster, this makes the spell useful for firing over obstacles.

An old sorcery of the Carian Royal Family. Creates a sigil overhead, from which an enemy-seeking glintblade appears after a brief delay. This sorcery can be used while in motion. Charging increases the delay. Said to be the prototype of the sword-phalanx sorceries wielded by royal enchanted knights.

Where to find Magic Glintblade

Magic Glintblade is one of the default sorceries for the Prisoner class, meaning it can be used immediately at the beginning of the game.

Alternatively, Magic Glintblade can be purchased for 3,000 runes from Miriel, Pastor of Vows at the Church of Vows in Liurnia of the Lakes. You are not required to provide the NPC with any of the game’s scrolls to unlock the spell, so it can be bought at any point in the game. 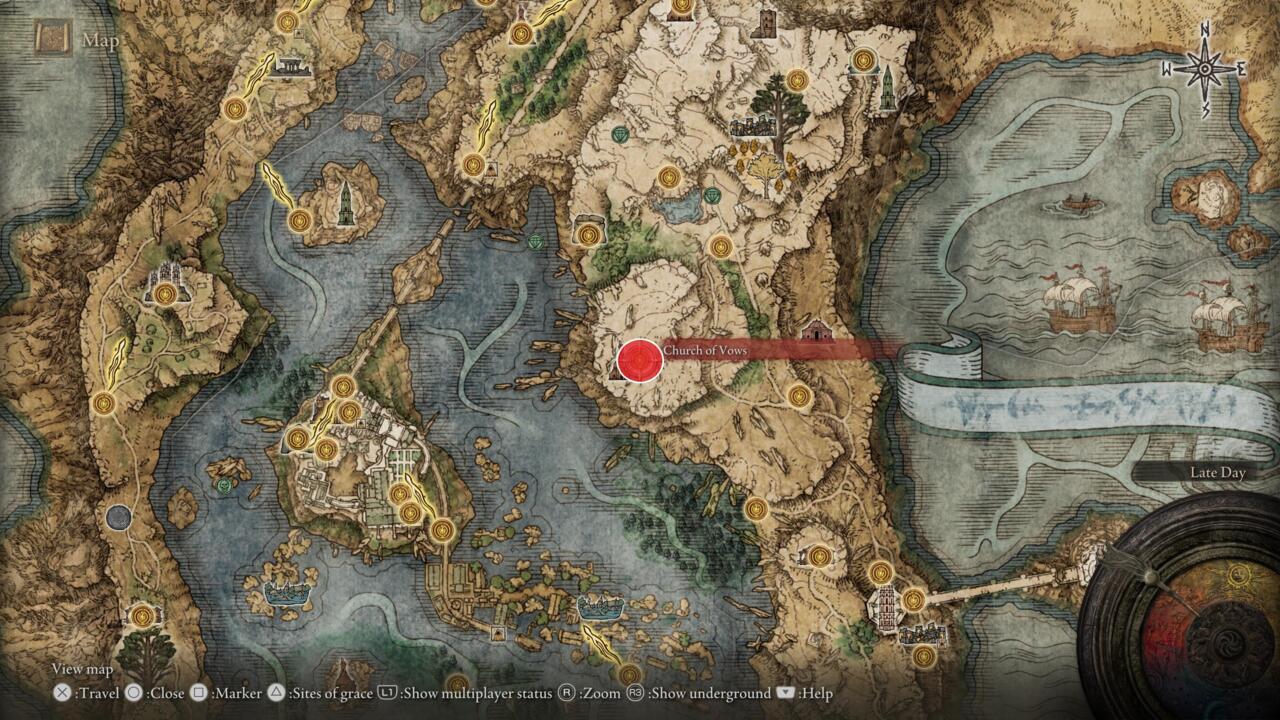 You can reach Miriel, Pastor of Vows by walking east of Raya Lucaria Academy and taking the path there north until it splits once more to the left. Make your way up that path until you reach the church and can speak to the giant turtle NPC to purchase Magic Glintblade.