EA Motive’s Iron Man game has reportedly entered a phase of playtesting, just a month after it was first announced. According to Insider Gaming, testing sessions will be held from October 31 to November 2 and will also feature feedback sessions that discuss how the game will play, what modes it will offer users to explore, plot points, and more.

These sessions will be one-on-one, with the experience being detailed on the EA Playtesting website, the report said.

“Get an inside look at a game/product and talk through your experience directly with an EA Researcher,” the website reads. “They will ask you questions about your experiences, preferences, and other areas of interest. These conversations typically last between 30 and 120 minutes, and may happen online or in person at one of our Player Experience Labs.”

EA’s new Iron Man game was officially revealed last month and is currently in pre-production with a “small team” leading development. According to Motive GM Patrick Klaus, the early reveal was partly done as a recruitment drive to help encourage developers to join EA to work on the game, which is being billed as a “100% authentic” Marvel experience. “We are very much in the early stages and expect a big game like this to take years to create,” Klaus said in an interview.

The next couple of years are shaping up to feature plenty of superhero video games rolling out. Insomniac is working on a Marvel’s Spider-Man sequel and a standalone Wolverine game, Suicide Squad: Kill the Justice League is scheduled to arrive in 2023, and in the immediate future, you can look forward to Marvel’s Midnight Suns in December. 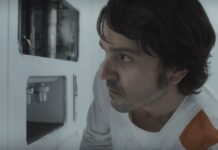