Ever since the release of Void 3.0 in Destiny 2, invisibility has become a major part of any Hunter’s capabilities. Gyrfalcon’s Hauberk, the new Hunter Exotic chest armor released with Season of Plunder, takes advantage of the nearly endless invisibility possible with Void 3.0 to provide a number of extra advantages to both you and your teammates. Here’s how you can earn Gyrfalcon’s Hauberk and how best to make use of it with your invisibility builds. 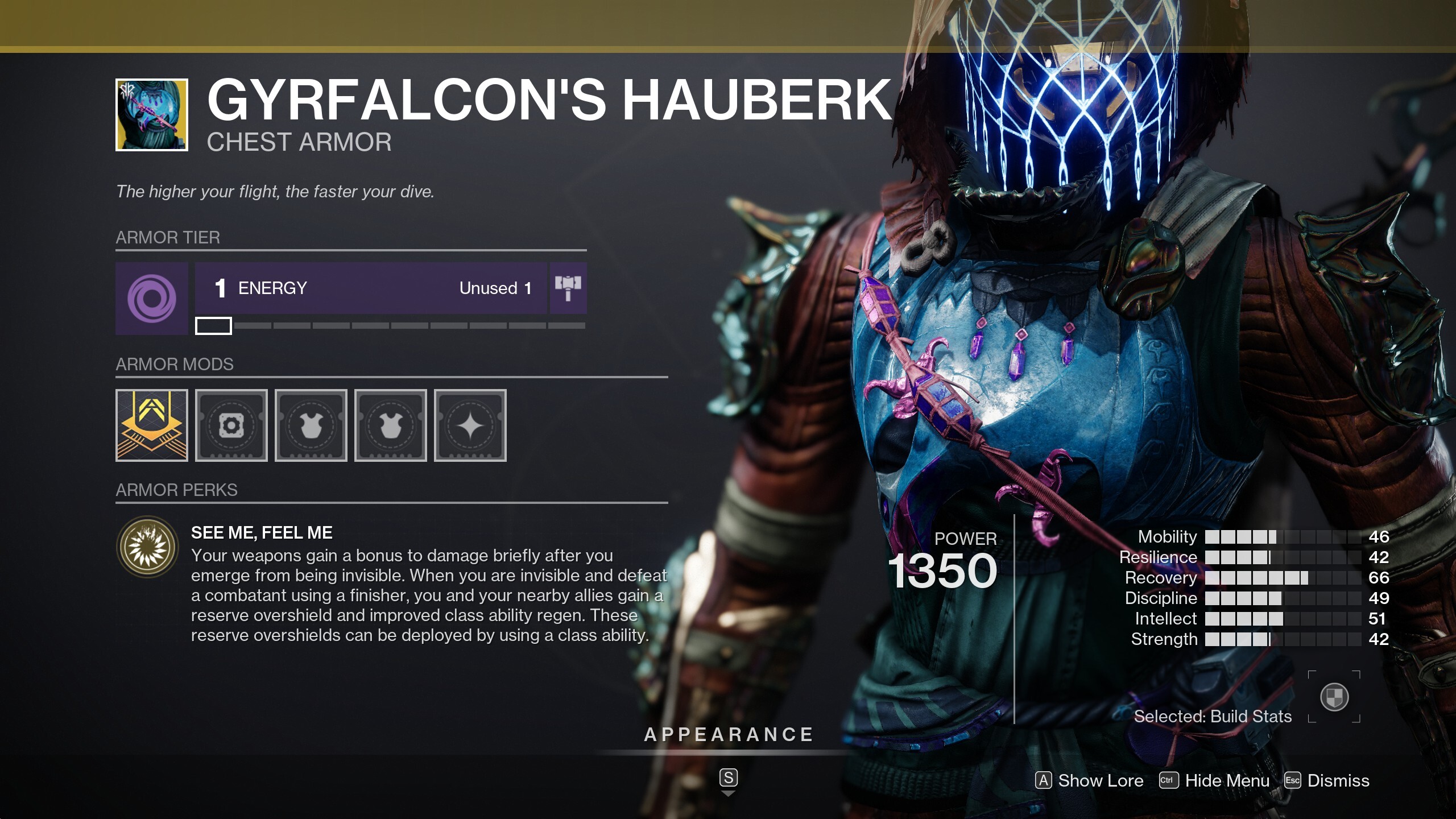 There’s a lot to parse through for Gyrfalcon’s Hauberk, but it has everything to do with what you do while invisible, and when you come out of being invisible. The See Me, Feel Me perk conveys a bunch of benefits based on your actions while invisible. Most of the time, you’re going to be activating bonus damage for weapons by using them after you “emerge from being invisible”–which means when the invisibility effect wears off, you get a momentary boost for your guns. Firing weapons cancels invisibility, which means that you can gain this boost anytime you start firing while you’re invisible.

Weapon boosts are nice, but you’re going to want to pay more attention to the perk’s second buff, which is activated by killing enemies with finishers while invisible. Finish an enemy while they can’t see you, and you’ll get a boost to your class ability regeneration, as will any nearby allies. You and your nearby allies also gain a “reserve overshield,” which is a new concept. Usually, when an ability or Exotic activates an overshield, it’s just an additional shield over your usual one, effectively giving you a small amount of additional hit points. Gyrfalcon’s Hauberk gives you a reserve overshield which does not automatically get added to your existing shield. Instead, you activate it with your class ability, meaning you can wait and deploy that shield whenever you want, and the same is true of your teammates.

Hunters can activate invisibility in a number of ways with Void 3.0 depending on their builds, including by using their class ability, throwing smoke grenades, or scoring Stylish Executioner kills by taking out enemies who are Volatile and by using finishers or powered ability kills. Gyrfalcon’s Hauberk probably works best with builds that focus on invisibility activated with your class ability, since it offers improved class regeneration, but any invisibility build can make use of its perks.

See Me, Feel Me

Where To Get Gyrfalcon’s Hauberk

Like other seasonal Exotics, Gyrfalcon’s Hauberk isn’t available from just any random Exotic engram drop. Instead, you’ll have to seek out the chest armor by earning it from solo Legendary or Master Lost Sector clears. Once you’ve added the Exotic to your Collections tab, you’ll find it in engram drops, but the only way to unlock it is in Lost Sectors.

The Legendary Lost Sector icon denotes the rewards you can receive from completion, which rotate daily–one day will award Exotic helmets, for instance, while the next will award Exotic chest armor. Make sure to check the icon before you embark to make sure you’re getting the rewards you want. It’s also worth noting that, while you aren’t guaranteed an Exotic drop on every run, you’re also not guaranteed to get exactly the drop you want. Exotic drops in Destiny 2 are geared toward awarding you Exotics you don’t have, but if you’re missing more than one Exotic chest piece from your collection when you clear a Legendary Lost Sector, there’s a chance you’ll get something other than Gyrfalcon’s Hauberk.

How To Complete A Legendary Lost Sector

Legendary Lost Sectors sound difficult, but they aren’t necessarily too bad, provided you go in prepared. These Lost Sectors differ from their normal counterparts in a few ways: First, they usually have high Power level ratings, meaning that enemies are tougher to kill and hit harder if your level is below the recommended mark; second, they include several Champion enemies, and you’ll earn the best rewards if you kill them all; and third, they have a host of modifiers, like Arc Singe or Blackout, that can make them tougher to finish. Instead of just running into a Lost Sector like normal, Legendary and Master Lost Sectors are activated by interacting with a banner you’ll find outside their entrances.

Legendary and Master Lost Sectors also limit your number of revives and come with a completion timer. You’ll have only a few revive tokens when you play through the Lost Sector, and every time you die, you’ll use one. When you run out of tokens, you’ll be kicked out of the Lost Sector and forced to start over again. However, killing Champions earns you additional tokens. When the completion timer for the Lost Sector runs out, you won’t be able to revive anymore–same as if you ran out of tokens–so it’s important to finish fast, but being a little slow won’t necessarily kill your run. 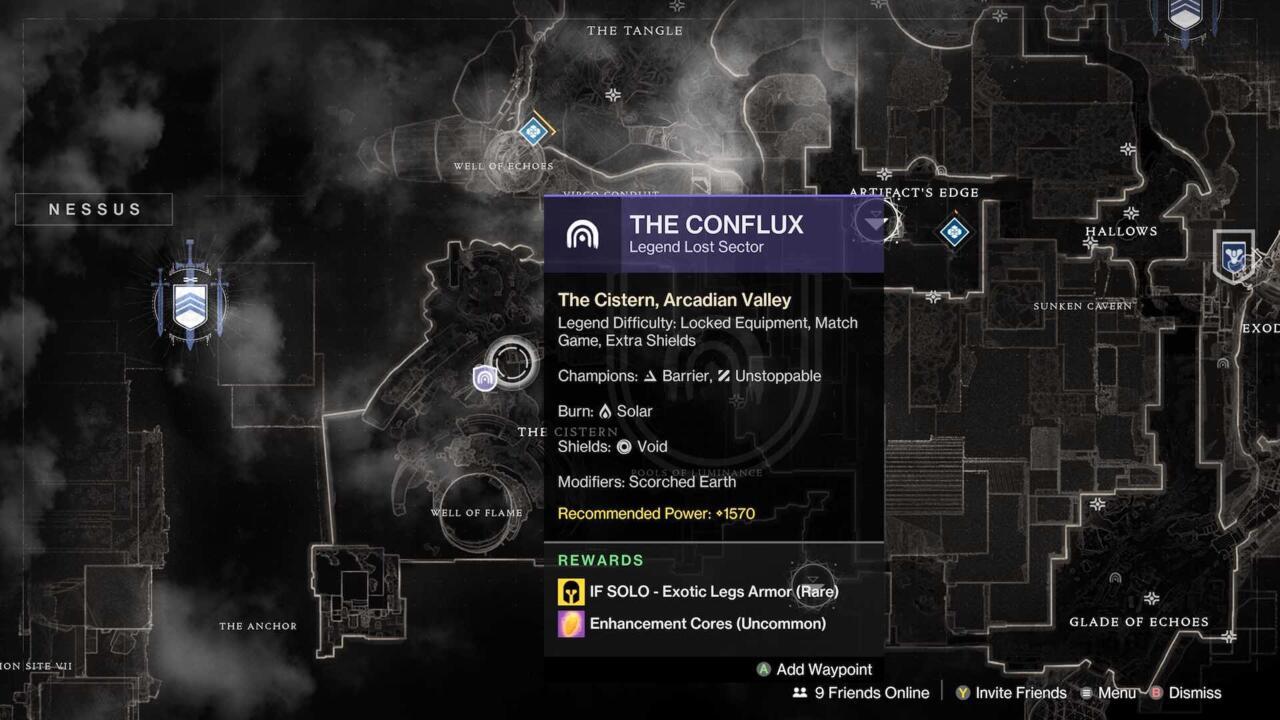 The info screen for a Legendary Lost Sector.

Finishing Legendary and Master Lost Sectors can be tough, but if you go in prepared, it’s very possible–and in fact, once you know the ins and outs of a particular sector, you’ll be able to do runs in some of the easier ones in just a few minutes, allowing you to quickly farm them. First, you need to make sure you have the Champion mods noted on the Lost Sector icon, which you can get from the Seasonal Artifact. A number of Exotics, such as Arbalest, Divinity, and Wish-Ender, also come with Intrinsic Champion mods, so even if you’re not far on your Season Pass, you can find the right tool for the job.

Legendary Lost Sector icons will also tell you what enemy shields you’ll be dealing with, and it can be tough to destroy enemies with the wrong elemental weapon type. But by and large, weapons such as Arblest, which can punch through any shield, or which carry the Adaptive Munitions perk and can adapt to any shield you face, can help carr you through.

The trick with any Legendary Lost Sector is to go slowly and carefully to learn the best places to use cover, where enemies spawn, and which ones to prioritize as you move forward. Don’t be afraid to do a couple of runs to get a feel for the space and what loadout you need to use–in some Lost Sectors, long-range guns make encounters trivial, while in others, you’ll want a rocket or grenade launcher in order to clear out densely packed enemies quickly. You’re likely to want to farm a Legendary Lost Sector several times in a row in order to get the Exotics you want with rolls you like, so take the time to get familiar with one before you commit yourself. Threats will always be in the same place in a given Lost Sector, so once you know what to expect, you should be able to lower the time it takes you to complete one until you can run it reliably over and over. 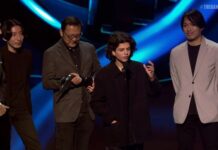 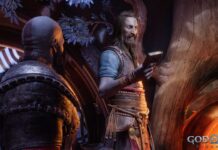