The Darkest Dungeon II Relationships mechanic might seem like a trivial element compared to the stress that your heroes can suffer, as well as quirks and other debuffs during combat. But if you’re not careful about the current Affinity Levels of your party, they can soon start turning against each other, leading to various annoying moments. Learning how to use this mechanic in your favor is key to making the most out of each expedition, and of course, managing to survive longer.

After the release of The Void Between Us update in January 2023, Relationships have been iterated quite drastically. As a mechanic that previously cause some debate in the community following the early access period, the latest tweaks should be more than welcome if you also thought that some of its randomized elements didn’t quite work in its favor. This guide explains everything you need to know about Relationship Skills in Darkest Dungeon II, as well as the best ways to form positive relationships amongst your crew.

How to form relationships in Darkest Dungeon II

Relationships and Affinity go hand in hand. Your Affinity Level between characters is going to determine the types of relationships they can form, either positive or negative. After the release of The Void Between Us update, relationships can now only form at the Inn. In exception for the first one you visit after the introductory trip on your bandwagon, each subsequent visit to future Inns will result in different pairings.

It’s worth noting that the relationships won’t occur until after you’ve rested, so you have some leeway to try and tip the scale to either side across your party. Once you’re all set, the screen right before embarking will signalize any relationships that have formed. Clicking on them will let you know whether the outcome is positive or negative, as well as detail which Relationship Skills were affected (more on this later). 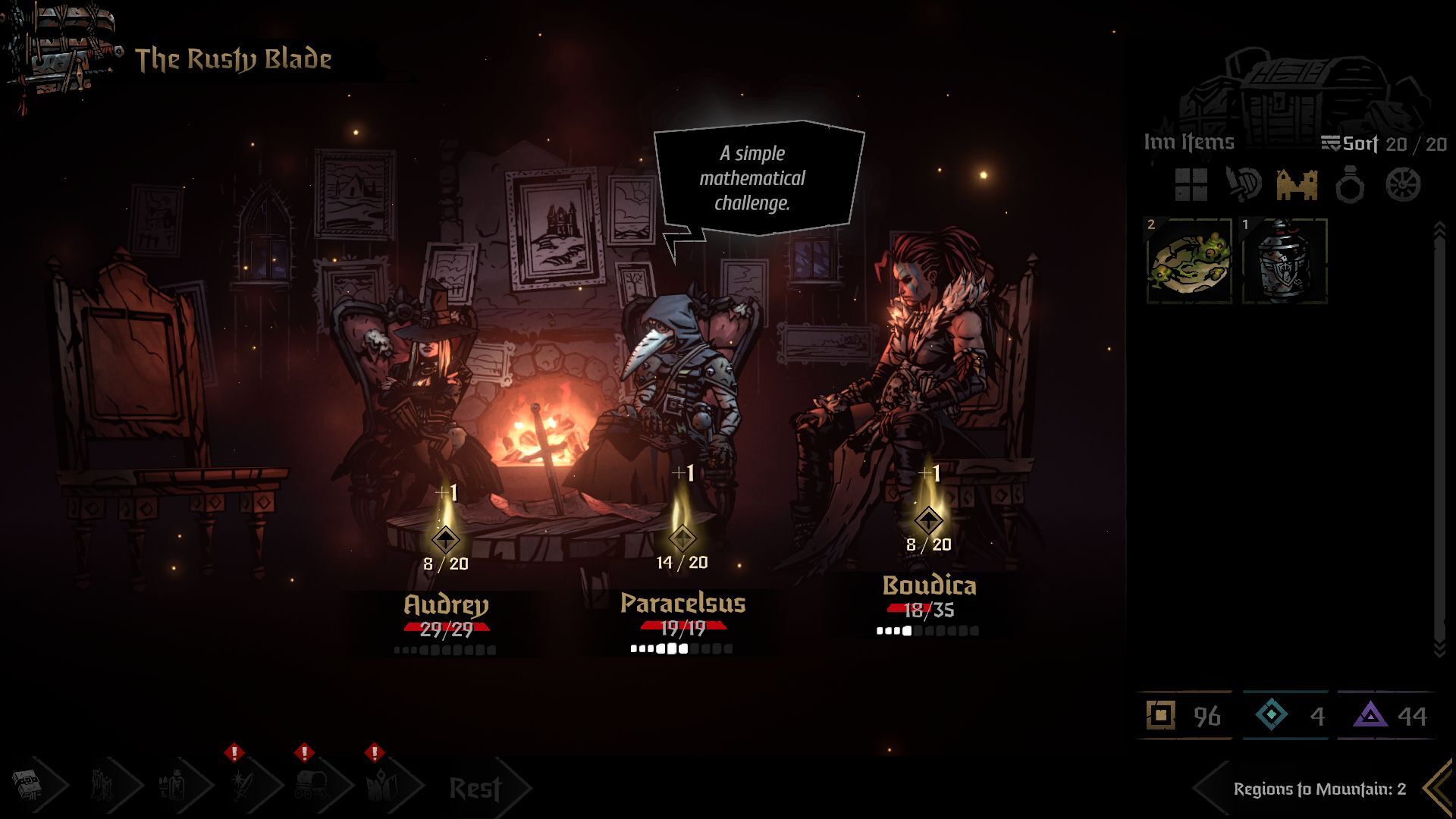 ‘Playing Cards’ is a great Inn item to foster relationships – both positive and negative.

There are different ways to create bonds amongst your party, but if you’re wondering how to form positive relationships in Darkest Dungeon II, here are some tips:

Those are the basics, but again, remember that Darkest Dungeon II thrives in randomized values. Your characters are bound to increase or decrease their Affinity points with one another during expeditions. The steps above are mere tools to counter those effects, so you can try and turn the rules on your favor.

In addition, remember that relationships last throughout the upcoming expedition only, and don’t stay with you throughout the whole run. You can change from positive to negative and vice-versa, so having a negative relationship after your second visit to an Inn isn’t the end of the world.

As mentioned before, the decisions you make during combat have an impact on your party’s relationships. Once a bond is formed, a skill chosen at random from each of the two characters is going to receive a positive or negative buff. As such, whenever you use said skill in combat, the effect will take place, further affecting the relationship.

At the moment, the positive relationships are Respectful, Hopeful, and Amorous, while the negative batch is conformed by Suspicious, Hateful, and Envious. The skill buffs and debuffs can vary greatly, from random stress dealing or healing barks during combat, to enemies attacking or defending one another. 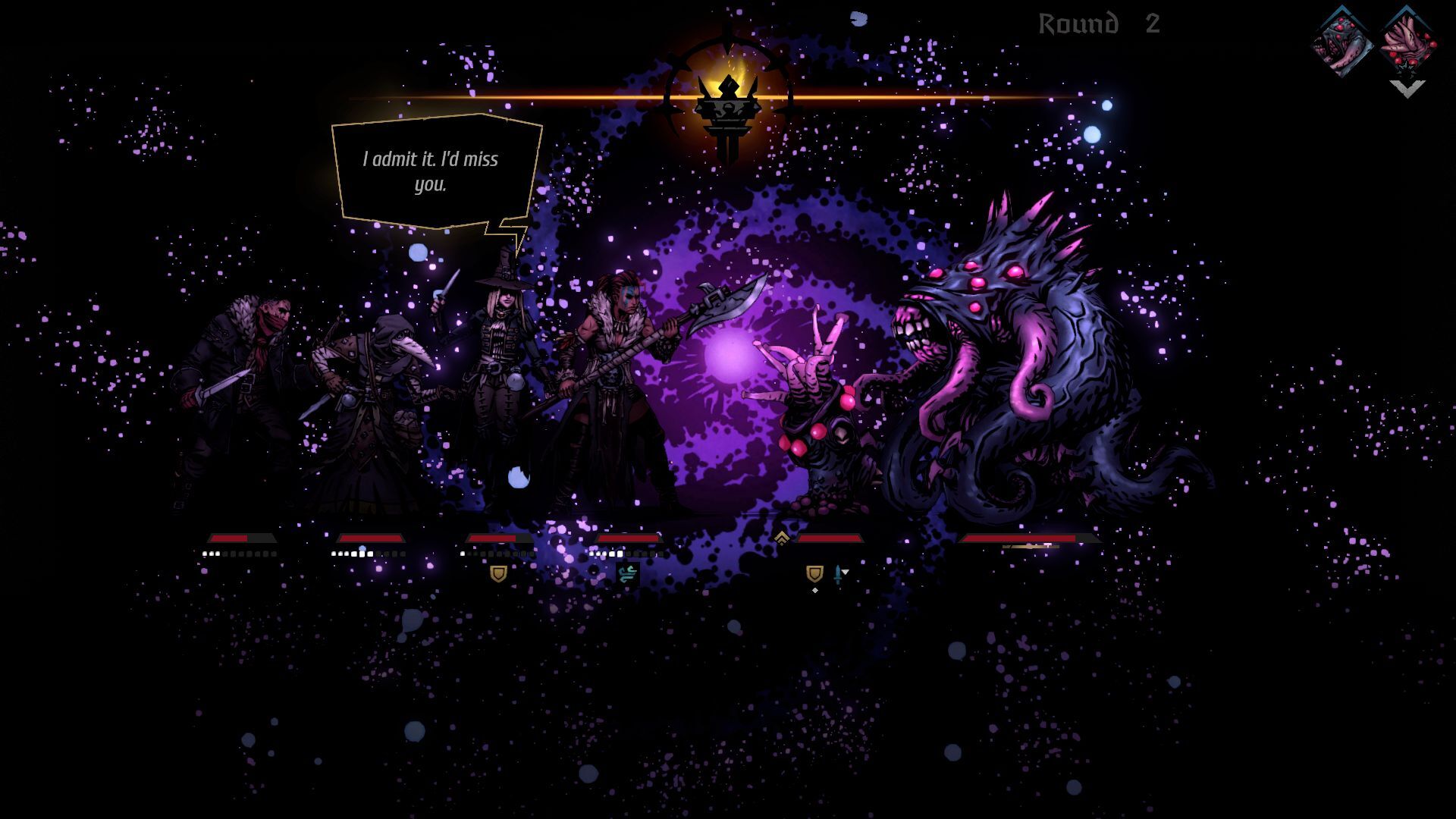 It’s quite stressful to see party members turning against one another if you choose the wrong skills, but some dialogue barks add some interesting personality to your heroes.

If you’re trying to maintain as much peace as possible, I recommend always double-checking before using skills. If a party member has just been hit, for example, or has a debuff status (such as bleed or blight), there is a chance that taking care of them will gain you a few brownie points.

Whenever you have positive relationship skills, I recommend using them as often as you can. Negative ones, on the other hand, are trickier: You can’t swap them from the characters’ skill bars, so they will stay there throughout an expedition. And, well, if the skill that the game randomly chose is one you rely on often, prepare to make people angry whenever you use it.

Relationships in Darkest Dungeon II can be quite random, so it’s important to prepare yourself for every possible scenario – our beginner’s guide and step-by-step explainer to defeat the Denial Brain can help.

Waluigi Finally Gets The Spotlight With This Mario Frozen Pizza