Call of Duty: Modern Warfare 2 launched on October 28 with an overhauled Gunsmith customization feature, but despite all the attachment options available, some players are now suggesting too many add-ons are making their guns worse.

Modern Warfare 2’s Gunsmith dials the customization back this year with a limit of five attachments per weapon build, which is down from the 10 attachments offered in Call of Duty: Vanguard. With a plethora of attachments in Modern Warfare 2, it’s easy to assume this means there are at least five solid attachments to give players a really powerful weapon for multiplayer. However, maxing out the attachments could actually be hurting a player’s performance.

Many of Modern Warfare 2’s base weapons suffer from recoil and weapon sway, and weapon attachments are usually welcomed add-ons to help provide better handling and increase accuracy, but many of the game’s attachments come at the price of a negative impact to the gun’s aim-down-sight time and overall aiming stability. TheXclusiveAce’s video shows results from the tests, revealing a side-by-side comparison of how badly adding attachments for recoil and weapon handling can punish a player in Modern Warfare 2 by nearly doubling the aim-down-sight time, which is something that can be detrimental in a game with such fast time-to-kill. Additionally, there are test results in the video showing a comparison of the major weapon sway that’s added for trying to build a weapon with fast aim-down-sight time for more aggressive play.

One user commented on TheXclusiveAce’s YouTube video saying, “I was definitely starting to feel that some of my guns felt worse with lots of attachments,” and other commenters shared similar thoughts.

Weapon attachments in past Call of Duty’s have also had pro and con tradeoffs, but Modern Warfare 2’s seems to lean more towards punishment rather than building out a weapon to improve it overall for a specific playstyle.

TheXclusiveAce says this doesn’t mean players shouldn’t put attachments on their guns, but they shouldn’t add five just for the sake of using all the available attachment slots. He suggests players be more mindful of how many attachments they stack with harmful stats towards recoil or ADS times, and instead look for those attachments that provide benefits without major impact.

For example, adding a red dot sight to a weapon only has a minimal increase to a gun’s ADS time. Some attachments, such as grips like the FSS Sharkfin 90, also have zero drawbacks and won’t hurt a weapon’s overall performance.

For those finding weapon building to be a hassle, make sure to check out our recommended loadouts for Modern Warfare 2. We also offer a guide to help level weapons faster in multiplayer. While Modern Warfare 2 just recently launched, Season 1 and Warzone 2.0 are just around the corner, and here is everything announced for Call of Duty Season 1.

Elder Scrolls Online Dev Has Been Working On A New IP For 4.5 Years

How To Get Magic Essence In Frozen Flame 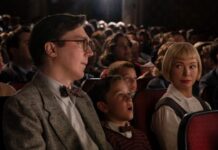 Steven Spielberg turned his origin story into one of his best movies: The Fabelmans

New Trailer For The Invincible Shows Off The Eerie Landscape Of...

Elder Scrolls Online Dev Has Been Working On A New IP...