Target’s latest Black Friday promotion, and though this one doesn’t focus too much on massive discounts on individual products, it does allow you to get some hot-ticket items for the low price of nothing. Target’s buy two, get one free promotion does exactly what it says on the box: Buy three items in the promotion and get the cheapest one in your basket for free. The sale includes video games, toys, board games, books, and more, but we’re focusing on the games specifically here.

This only applies to goods within that promotion of course, but there are some excellent games up for sale that have only been recently released. The selection includes one of the best Nintendo Switch games of 2022, Mario + Rabbids Sparks of Hope, Call of Duty: Modern Warfare II, Lego Star Wars: The Skywalker Saga, and next year’s remake of Resident Evil 4. That’s right, you can get a hot game on preorder for free, just by buying two other games in the promotion.

Beyond some of the biggest games of 2022–and Gotham Knights–there are also a few gems from the last couple of years. Resident Evil Village is still a spooky delight, you can (but you really shouldn’t) terrorize your cat with Mario Kart Live, and Mass Effect: Legendary Edition is a lovely compilation of three stellar RPGs.

For more early Black Friday deals, check out these discounts on Lego Super Mario playsets, more great gaming deals from Target, and official savings from Nintendo. Amazon briefly had a competing B2G1 free promotion, but the sale page was removed from the site rather quickly. We wouldn’t be surprised to see it return, though. 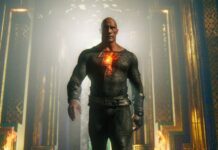 Black Adam, The Woman King, and every other movie you can stream from home this weekend 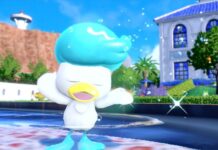 Black Adam, The Woman King, and every other movie you can...

Black Adam, The Woman King, and every other movie you can...