We’ve known that Call of Duty: Warzone 2.0 will launch in mid-November for a while now, following hot on the heels of Modern Warfare 2’s success. However, it seems that the single-player campaign of Modern Warfare 2 contained an Easter egg that may hint at the future of the series’ free-to-play battle royale game.

As spotted by Insider Gaming, the campaign mission “El Sin Nombre” includes a map of the city Las Almas, and it definitely looks like a battle royale map. That city is featured heavily in Modern Warfare 2 as a campaign location and a multiplayer location. Several leakers have alleged that Las Almas itself will serve as the second map for the heavily-hyped Warzone 2.0.

We already know that the desert map Al Mazrah will launch as Warzone 2.0’s first location, along with a new Tarkov-style DMZ mode called the Deployment Zone. Warzone 2.0 will also feature a 2v2 Gulag instead of the 1v1 version from the original model. Developer Infinity Ward also confirmed that vehicles will have a limited supply of gas. It’s unclear when this hypothetical Las Almas map might come to Warzone 2.0, but if it happens, it’ll likely be in 2023. 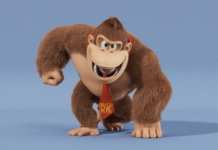 Pokemon Scarlet And Violet Endgame – What To Do After You...